Our website publishes news, press releases, opinion and advertorials on various financial organizations, products and services which are commissioned from various Companies, Organizations, PR agencies, Bloggers etc. These commissioned articles are commercial in nature. This is not to be considered as financial advice and should be considered only for information purposes. It does not reflect the views or opinion of our website and is not to be considered an endorsement or a recommendation. We cannot guarantee the accuracy or applicability of any information provided with respect to your individual or personal circumstances. Please seek Professional advice from a qualified professional before making any financial decisions. We link to various third-party websites, affiliate sales networks, and to our advertising partners websites. When you view or click on certain links available on our articles, our partners may compensate us for displaying the content to you or make a purchase or fill a form. This will not incur any additional charges to you. To make things simpler for you to identity or distinguish advertised or sponsored articles or links, you may consider all articles or links hosted on our site as a commercial article placement. We will not be responsible for any loss you may suffer as a result of any omission or inaccuracy on the website.
Home Business If we are to tackle racism and sexism in the workplace, we need to stop shutting down debate around unconscious bias training
Business

If we are to tackle racism and sexism in the workplace, we need to stop shutting down debate around unconscious bias training 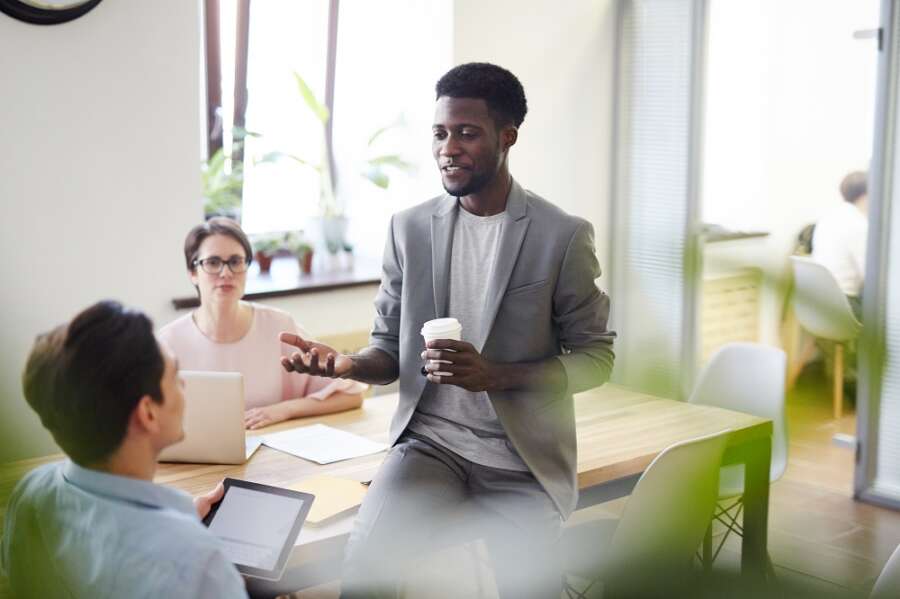 We’re all biased. It’s important for everyone to recognise this fact. And while most of us would never describe ourselves as racists or sexists, that doesn’t mean that we’re inoculated against the power of prejudice.

We all acquire stereotypes throughout our lives: from the people around us, the media, interactions with others and our personal experiences. The moment we recognise that we’re all susceptible to unconscious bias and that we all have a part to play is the moment we can start to move forward and address the problem.

But how do we address the problem?

Unconscious bias training has proven to be a value tool for tackling modern racism and sexism in the workplace when delivered as part of a wider diversity and inclusion programme.  Sadly, it’s become highly politicised over the past year or so, which has led to the spread of misinformation and fanned the flames of its harshest critics.

Looking at the debate around unconscious bias training, it’s important to note upfront that it’s not the existence of unconscious bias that’s being disputed. This is very well established in academic research. Instead, most of the discussion centres around how best to tackle it, and whether or not training can accomplish meaningful and lasting change.

Many sceptics of unconscious bias training have attempted to dismiss its effectiveness by citing research that supposedly disproves it – such as that by Forscher et al, Lai et al and Bezrukova et al. The trouble here is that none of this research actually looks unconscious bias training and is therefore not relevant in this context. It’s unclear what has led to this – perhaps the evidence has got lost in translation.

What’s clear is that when you examine the evidence, unconscious bias training can have a profound impact on changing attitudes, behaviour and representation when it’s done properly. To be effective though, the training should be designed to tackle a specific bias or workplace process. It should also avoid any form of thought suppression – which has been proven to have adverse effects – and incorporate personal feedback, space for personal reflection, and strategies to overcome the biases it identifies.

Then there are the critics who say that unconscious bias training is little more than box-ticking exercise. In moments like these, I can’t help but feel that they are quite simply missing the point. At its core, unconscious bias training is about helping us to uncover our blind spots and develop a deeper understanding of our own unconscious thoughts and behaviour. In this sense, it’s about awareness raising and empowerment, a tool that allows us to challenge and engage with our own predispositions.

Unconscious bias training is not a silver bullet in tackling systematic racism or sexism in the workplace. It’s simply a starting point – an effective tool that allows us to look inwards and start a conversation. To deliver real, positive change, it needs to be part of a wider training strategy – one that focuses on other areas, like inclusive leadership and recruitment.

In my experience of working with some of the top organisations across the UK, unconscious bias training is a meaningful and insightful exercise, linked to positive behaviour change. To deny this only stifles the debate ensures that the existing power structures that exist within organisations are maintained.  We should be dedicating our time and resource to increasing our understanding of the conditions under which unconscious bias training works and under which it’s less effective.

Remember, unconscious bias transcends personal politics, gender, race, religion and sexual orientation, and we mustn’t let it be weaponised in this way. Otherwise, we risk it being disregarded by a huge percentage of the population. And to deny bias, conscious or unconscious, is to deny racism, sexism and all other forms of oppression we see in society today.

How you can spend just 5 minutes a day to turn stagnation into success!