Our website publishes news, press releases, opinion and advertorials on various financial organizations, products and services which are commissioned from various Companies, Organizations, PR agencies, Bloggers etc. These commissioned articles are commercial in nature. This is not to be considered as financial advice and should be considered only for information purposes. It does not reflect the views or opinion of our website and is not to be considered an endorsement or a recommendation. We cannot guarantee the accuracy or applicability of any information provided with respect to your individual or personal circumstances. Please seek Professional advice from a qualified professional before making any financial decisions. We link to various third-party websites, affiliate sales networks, and to our advertising partners websites. When you view or click on certain links available on our articles, our partners may compensate us for displaying the content to you or make a purchase or fill a form. This will not incur any additional charges to you. To make things simpler for you to identity or distinguish advertised or sponsored articles or links, you may consider all articles or links hosted on our site as a commercial article placement. We will not be responsible for any loss you may suffer as a result of any omission or inaccuracy on the website.
Home Finance I paid off $80,000 in debt in 3 years before I turned 30: Here’s my best advice
Finance 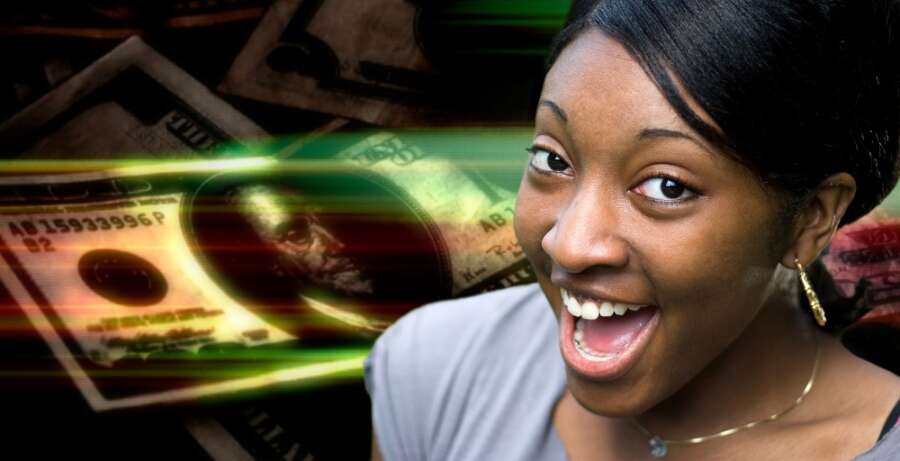 By: David Weliver- founder of Money Under 30.

So much of our financial foundation begins with how parents and caregivers manage their money.

Growing up, I watched as my parents struggled with spending, job losses, failed businesses, and borrowing money to maintain a lifestyle that simply wasn’t sustainable, even as they tried to share with me the value of a dollar and the importance of being frugal.

Today, I run a platform called Money Under 30, which is dedicated to helping young adults feel confident about their financial decisions. I started it as a blog to chronicle my debt payoff journey. But when I was 18, as my parents were dealing with their own debt, to the point of even hiding the family minivan from repo men, I took out loans to attend a college that I couldn’t afford.

By the time I was 26, a combination of student, credit card, and car loans had put me $80,000 in debt. I came to realize that financial success is a combination of implementing healthy habits, while also understanding where your money comes from. And over the course of three years, I was able to pay it all off.

Here’s how I did it, and my best advice.

I realized debt was a problem I could focus on solving

I received financial aid from my school but needed to borrow $8,000 a year in student loans. I worked minimum-wage jobs to pay for everything else, including textbooks, gas, and food.

During college and the years after I graduated, my spending was not lavish, but I did turn to credit cards to buy beer, take my girlfriend to dinner, and keep “Mac,” my 1984 Volvo 240, running. In a few quick years, I learned the real trouble with credit: The more you spend money you think you need in the moment, the harder it will be to repay later.

Debt creates a vicious cycle. You have too little money one month, so you borrow. You have even less money next month because you need to repay what you borrowed last month. You borrow again. The more you borrow, the less you have.

I lived like this for about three years after college, and the pressure began to mount.

I realized I was making the same mistakes my parents modeled. I was using debt to fuel a lifestyle that I couldn’t afford. If I continued, it would cost me my future financial security.

I had two choices: Resign myself to a life on the verge of bankruptcy or get rid of this debt and start over. I knew what I had to do. Around my 26th birthday, I vowed to myself to be debt-free before I turned 30.

I was using debt to fuel a lifestyle that I couldn’t afford. If I continued, it would cost me my future financial security.

At first, paying off a debt that was twice my annual income seemed like an insurmountable task. I knew that only implementing strategies like buying second-hand and packing my was not going to cut it. If I were to be successful, I knew I needed to throw everything at the problem.

Instead of getting overwhelmed, I reminded myself that every long journey begins with a single step.

I laid out the numbers I was afraid to see

The first thing I did was create a spreadsheet detailing each debt’s balance, annual percentage rate, and the monthly payment. It sounds so simple now, and today, I use spreadsheets and apps to stay on top of my money most days. But back then, those were stressful numbers I preferred not to see.

I went after the low-hanging fruit. I consolidated two student loans. I refinanced my highest-interest credit cards with a lower interest personal loan. Then, I cancelled those credit card accounts. It is true that closing out accounts can sometimes affect your credit score but it was something that I could address later once I had my debt more under control.

Those moves simplified things, and in the end, saved me a couple thousand dollars in interest. But they did little to hasten my climb out of my hole. There was only one way to do that: Pay more toward my debt each month.

My lifestyle was not extravagant by any definition, so there wasn’t a lot of spending to cut. So rather than focus on smaller expenses like my Dunkin’ iced coffees, I turned my attention to my largest expense: rent.

I focused on tackling my biggest expenses

At the time, I was renting a modest one-bedroom apartment for $1,000 a month. I didn’t spend much time at home, so I looked for the smallest, cheapest place that was clean, safe, and shared with normal-enough roommates.

I lucked out and scored a tiny bedroom in a house with three other guys. My rent was $425 a month and covered everything except my share of the internet bill.

Saving close to $600 a month was a good start. It freed up about $7,000 a year I could put toward my debt. But if I was going to meet my timeline, I would need to earn more money.

I started earning more and cultivating side hustles

I had a few part-time jobs in my early 20s but spent most of my moonlight hours serving up lattes at Starbucks. I actually preferred the fast-paced work environment to my drab cubicle, but the hours were brutal.

Three days a week, I would leave my day job at five to battle rush hour traffic so I could clock in at Starbucks at six for a four-hour shift. Then I would wake up at 4 a.m. to do an eight-hour weekend open shift. Often, I would work a dreaded “clopen” on Friday night and Saturday morning. There was an upside, though. I would finish work by 1 p.m. on Saturday and have some semblance of a weekend.

On average, I worked 20 hours a week at Starbucks and took home between $800 and $1,000 a month after taxes, depending on tips. It all went straight to my debt.

Meanwhile, I was working hard at my day job, too. Early on, within a year of starting to pay off my loans, between a job change and promotion, I also increased my by about $15,000.

While I didn’t have much free time back then, the time I did have, I spent writing about my experience with debt. When I started my debt payoff in January 2007, I also created a small blog, Money Under 30. As I began writing regularly in the fall of that year, it didn’t take long to realize I was onto something big.

The site began making money in 2008, and it grew slowly but steadily from there. This side hustle became a business reaching hundreds of thousands, and later millions, of readers each month. By 2010, Money Under 30 was providing me with a comfortable full-time income.

Through a combination of raises at work, second jobs, and halving my rent, I was on-track to meet my goal of being debt-free by my 30th birthday. And then the advertising earnings from my new website provided me with a boost that allowed me to pay off my last dollar of debt a year early, around my 29th birthday.

I never gave up on my goals

If you had met me at age 26, $80,000 in debt and convinced I could pay it all off in just a few years, you might’ve thought I was deluding myself. And you may have been right.

Paying off that much debt that quickly was anything but easy. It sometimes feels like I lost three years of my youth to relentless work. But today, I have no question that it was worth the sacrifice.

In the decade since, I’ve gotten married, bought a home, raised two beautiful children, built and sold a business, and achieved a level of financial security my parents never had.

To me, there’s no better feeling than being free of debt and having some money in the bank. I sleep better now knowing that whatever surprises life throws my way, I can afford them. I no longer feel that I’m one misfortune away from bankruptcy.

If you are battling debt, financial security is the light at the end of the tunnel. However arduous the journey ahead, don’t give up on your goals. The destination is so worth the effort.

David Weliver is the founder of Money Under 30, one of the top-ranking personal finance sites in the United States, offering information on topics ranging from business and travel credit cards to balance transfers. Owned by global performance publisher XLMedia PLC, the Group’s North American personal finance websites draw an average monthly audience of 3.5 million.

From east-commerce to ecommerce: how the pandemic has shifted luxury brand strategy