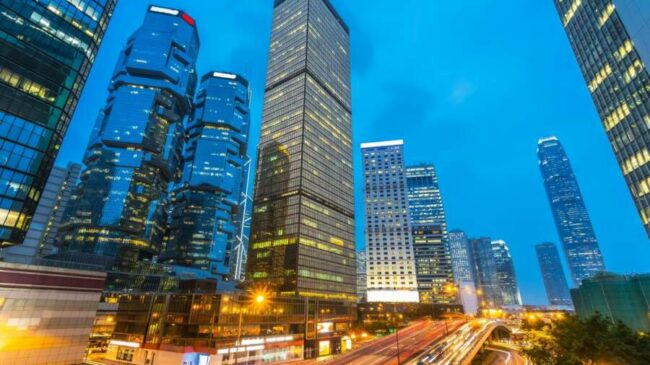 We cannot understate the impact COVID-19 is having on global economies. The health pandemic is compelling investors to take a step back and reassess how they are managing their wealth. With much uncertainty in the air, it is difficult to know just when or how the crisis will be contained.

From a wealth management perspective, however, it is important not to let the pandemic overshadow geopolitical events that are also challenging the status quo.

Here at Butterfield, we have been closely following the political situation in Hong Kong. Since the introduction of the controversial extradition bill in March 2019, deep social divisions have erupted into mass protests and civil unrest.

In one respect, this is not entirely surprising. Since the handover from British rule in 1997, a rift has formed between those who advocate for democratic reforms and those who support close alignment with China. Since then, protests have erupted every few years. What makes this current situation different from previous protests movements, though, is the radical moves taken by Hong Kong’s Legislative Council to quell civil unrest.

For those who hold assets in the jurisdiction, the introduction of the national security law in Hong Kong has compelled wealth managers and high net worth individuals (HNWIs) to assess their options. While public protests are disbanding, a second wave of protests or prolonged period of economic instability cannot be ruled out in the coming months.

For this reason, now is a prudent time for investors and wealth managers to consider the alternative market options outside of Hong Kong. The globalised nature of the market economy means that these decisions do not need to be confined to Asia. That’s why it is advisable to consider all relevant avenues.

One viable strategy is the reallocation of capital to offshore jurisdictions that can offer the security, stability and services required in periods of instability and uncertainty.

Drawing from our experiences and expertise at Butterfield, we have identified several offshore markets for those holding assets in Hong Kong to consider, three of which I have highlighted for discussion below.

One of the world’s most popular offshore investment hubs is Bermuda. The reason is simple—the British Overseas Territory has created a financial hub that actively encourages international investment. It has achieved this by creating a regulatory environment which is supportive of businesses and capital flows. As a result, Bermuda has contributed to the growth of investment, hedge and private equity funds, as well as insurance linked securities. 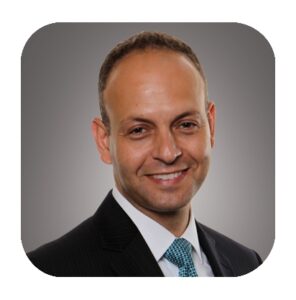 Butterfield was founded in Bermuda in 1858 as the jurisdictions first bank. Since then, the Bank has witnessed Bermuda become an international destination for wealth managers seeking a secure environment open to investment. Bermuda boasts a tightknit community of leading asset managers and private banks, meaning deals can be completed quickly.

Today, 2,150 funds are administered in Bermuda. On top of this, almost all of the leading US and European private equity groups have either domiciled structures in Bermuda or interests in Bermuda funds. This means that there is currently over $172.1 billion of total assets under management for funds. And excluding mutual funds, the current market capitalisation of the Bermuda Stock Exchange is approximately $400 billion. These figures demonstrate just why Bermuda will continue to be a leading destination for global offshore investment.

Importantly, the Government of Bermuda is well aware of the situation in Hong Kong and the potential exodus of capital that could transpire in the coming months. In June, the House of Assembly tabled new legislation which allows lawyers to more effectively promote Bermuda overseas. It is believed such legislation will help attract Hong Kong-based investors looking to offshore destinations.

Overall, it is a market to consider either as part of a short-term reallocation of wealth or long-term exit from the Hong Kong jurisdiction. Backed by a stable government, Bermuda provides the security investors and wealth managers are after to hedge against periods of market volatility.

The British Overseas Territory is renowned for its access to the European Single Market. For many wealth managers, the Cayman Islands offers an environment where they can pool and diversify their capital holdings while at the same time minimising their risk exposure. The added benefits of holding assets in Cayman includes the territory’s tax-neutral framework, transparent judicial system and stable government administration.

Like Bermuda, the Cayman Islands benefits from hosting the offices of the world’s leading financial institutions. Again, this ensures quick decision making and the opportunity for networking should fund managers be seeking to assess all their available future options.

Located off the coast of France, the Channel Islands are highly regarded by fund and asset managers as one of the leading financial services centres for private investment funds. The two major islands that fall under the Channel Islands’ jurisdiction are Guernsey and Jersey. While having some elements of European financial regulation incorporated into their legal framework, the Channel Islands also benefit from having autonomous control over their economies.

As a consequence of this, the government has created an environment open to offshore investment opportunities, backed by simple regulation that encourages international capital flows. For example, in Guernsey, individuals and companies pay only a 20% basic rate of tax on investments.

Jersey and Guernsey have been traditionally held in high regard by HNWIs based in Asia. This is because they offer tax neutrality and a range of wealth structuring options, as well as access to highly skilled experts well-versed in asset management.

Preparing for the future

A common factor linking the above markets is the fact that as British Overseas Territories, final judicial recourse is to the Privy Council in London. This is hugely advantageous for investors and wealth managers seeking jurisdictions that have a stable and predictable judicial system in place. Political stability and transparency are extremely important, which is no doubt why some commentators are anticipating a transition of wealth outside of Hong Kong.

Should the current unrest seen in Hong Kong subside, it is possible that there will not be a repeat of the capital fight seen in 1997. If the city commits to either further alignment with China or becoming a proper, fully-fledged democracy, then its position as a prominent Asian investment destination will remain firm. After all, above all else, investors favour certainty and the ability to effectively plan for the future.

If Hong Kong fails to provide these crucial assurances, then the viable offshore alternatives, such as those listed above, should be fully explored by those with Hong Kong-based assets.

Of course, any major financial decision by businesses or individuals should only be pursued after careful, thorough research. Advisory financial institutions and wealth managers with the knowledge and expertise needed for such decision making should absolutely be sought out.

5 reasons why it’s the perfect time for ethical investment

Specialist finance is the only way to reignite the property market