Our website publishes news, press releases, opinion and advertorials on various financial organizations, products and services which are commissioned from various Companies, Organizations, PR agencies, Bloggers etc. These commissioned articles are commercial in nature. This is not to be considered as financial advice and should be considered only for information purposes. It does not reflect the views or opinion of our website and is not to be considered an endorsement or a recommendation. We cannot guarantee the accuracy or applicability of any information provided with respect to your individual or personal circumstances. Please seek Professional advice from a qualified professional before making any financial decisions. We link to various third-party websites, affiliate sales networks, and to our advertising partners websites. When you view or click on certain links available on our articles, our partners may compensate us for displaying the content to you or make a purchase or fill a form. This will not incur any additional charges to you. To make things simpler for you to identity or distinguish advertised or sponsored articles or links, you may consider all articles or links hosted on our site as a commercial article placement. We will not be responsible for any loss you may suffer as a result of any omission or inaccuracy on the website.
Home Headlines German bond yields at new highs after stronger-than-expected PMIs
Headlines 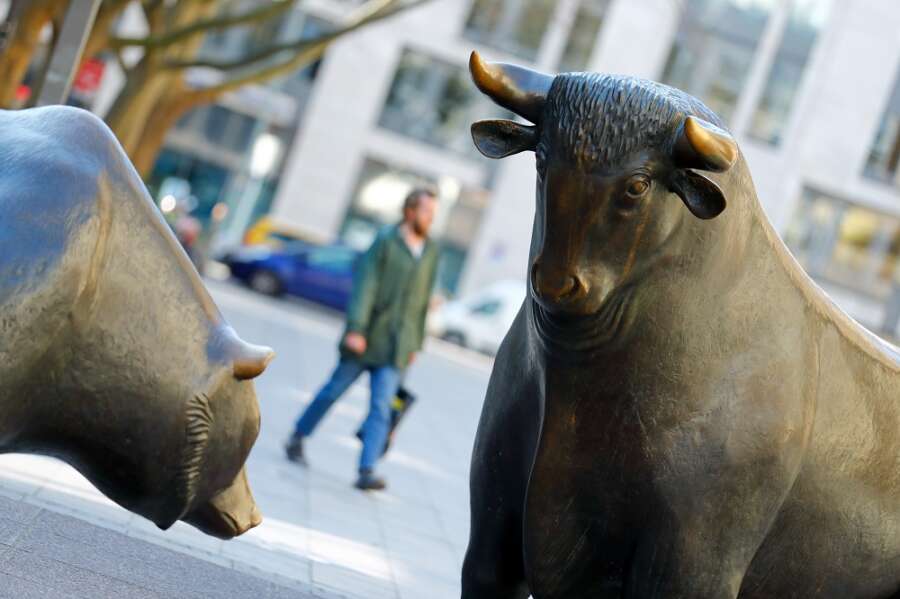 Though remaining in contraction territory, the manufacturing index also rose, instead of the fall analysts had expected.

Euro zone data that followed similarly showed a contraction in activity, though the reading was also slightly higher than analysts expected.

Germany’s 10-year Bund yield rose as much as 7 basis points (bps) to its highest since July 21 at 1.38%, before easing slightly. The two-year bond yield touched a new peak of 0.941%, its highest since end-June, before falling back in late trading.

“I don’t think the PMI numbers in any way are a game changer, they are slightly still sub-50, so pointing to stagnant growth at best,” said Richard McGuire, head of rates strategy at Rabobank.

A reading below 50 indicates that activity is contracting.

“There’s not much news today, it’s just a continuation of the bearish tone. The PMIs simply do nothing to stand in the way of the recent bearish momentum,” McGuire added.

After sharp falls earlier in the summer on recession fears, bond yields rose sharply last week, driven by a strong increase in inflation in Britain, gas supply fears in the euro zone and hawkish commentary from European Central Bank policymakers.

A key market gauge of long-term euro zone inflation expectations tracked by the ECB rose to 2.2399%, the highest since early June, continuing a sharp rise since the start of last week, when it was at 2.06%.

In Italy, 10-year yields rose to as high as 3.72%, the firmest since July 21. The closely watched spread to German peers was earlier at 233 bps, the highest since July 29.

In other markets, German stocks rose to outperform the pan-European STOXX 600 index, while the euro pared its losses after the data, having hit a fresh 20-year low earlier, at $0.99005.

In debt issuance, Finland was raising 3 billion euros by syndication, according to a lead manager memo seen by Reuters.

It is the first euro zone syndicated government bond sale, in which issuers hire investment banks to sell the debt directly to end-investors, since May.