Our website publishes news, press releases, opinion and advertorials on various financial organizations, products and services which are commissioned from various Companies, Organizations, PR agencies, Bloggers etc. These commissioned articles are commercial in nature. This is not to be considered as financial advice and should be considered only for information purposes. It does not reflect the views or opinion of our website and is not to be considered an endorsement or a recommendation. We cannot guarantee the accuracy or applicability of any information provided with respect to your individual or personal circumstances. Please seek Professional advice from a qualified professional before making any financial decisions. We link to various third-party websites, affiliate sales networks, and to our advertising partners websites. When you view or click on certain links available on our articles, our partners may compensate us for displaying the content to you or make a purchase or fill a form. This will not incur any additional charges to you. To make things simpler for you to identity or distinguish advertised or sponsored articles or links, you may consider all articles or links hosted on our site as a commercial article placement. We will not be responsible for any loss you may suffer as a result of any omission or inaccuracy on the website.
Home Headlines From free crumpets to store discounts, UK grocers lure workers
Headlines 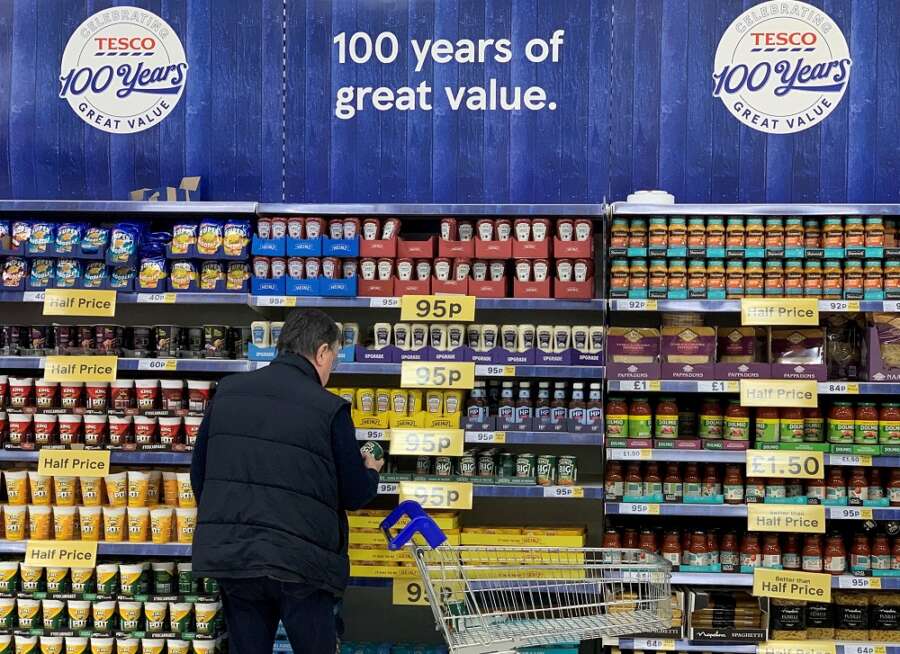 LONDON (Reuters) – With job vacancies in Britain close to a record high, retailers including Tesco Plc have begun offering better perks to workers, enticing them with free food and essentials during a cost-of-living crisis. Britain’s labour market emerged from the pandemic with unemployment at its lowest levels since 1974 and record energy prices that have contributed to surging inflation.

Vacancies in the three months to July fell for the first time since mid-2020 but stayed close to an all-time high at 1.3 million. Tesco, Britain’s biggest retailer, has in recent weeks increased the number of free products that it offers to staff in back of store areas, it told Reuters.

Workers are given free fruit; hot and cold drinks; breakfast items such as cereal, crumpets and spreads; bread, pasta and noodle snacks; and toiletries including deodorant and sanitary products, a Tesco spokesperson said.

Retailers are competing for workers among themselves, and also with competing sectors like hospitality, Linda Ellett, KPMG’s head of consumer markets, retail and leisure, said.

“It’s people in stores, people in the warehouses and logistics — they’re no longer seen as attractive roles,” Ellett said. At the same time, retailers are “concerned about seasonal staff, particularly in the supply chain,” she added. About two weeks ago, John Lewis said it would recruit 10,000 holiday staff, offering workers would receive free meals in the period to help with the rising cost of living.

“If things like food and hygiene products are available, then that’s savings that workers can make, so that is a creative way of making employment more attractive that costs less to the retailer than paying more money to workers,” Ellett said.

Some retailers have raised base pay this year, including Sainsbury’s, which increased wages to at least 10 pounds ($11) an hour.

Sainsbury has also raised staff discounts to as much as 20% on some days, a spokesperson said.