Home Headlines Explainer-Why Europe faces climbing energy bills
Our website publishes news, press releases, opinion and advertorials on various financial organizations, products and services which are commissioned from various Companies, Organizations, PR agencies, Bloggers etc. These commissioned articles are commercial in nature. This is not to be considered as financial advice and should be considered only for information purposes. It does not reflect the views or opinion of our website and is not to be considered an endorsement or a recommendation. We cannot guarantee the accuracy or applicability of any information provided with respect to your individual or personal circumstances. Please seek Professional advice from a qualified professional before making any financial decisions. We link to various third-party websites, affiliate sales networks, and to our advertising partners websites. When you view or click on certain links available on our articles, our partners may compensate us for displaying the content to you or make a purchase or fill a form. This will not incur any additional charges to you. To make things simpler for you to identity or distinguish advertised or sponsored articles or links, you may consider all articles or links hosted on our site as a commercial article placement. We will not be responsible for any loss you may suffer as a result of any omission or inaccuracy on the website.
Headlines 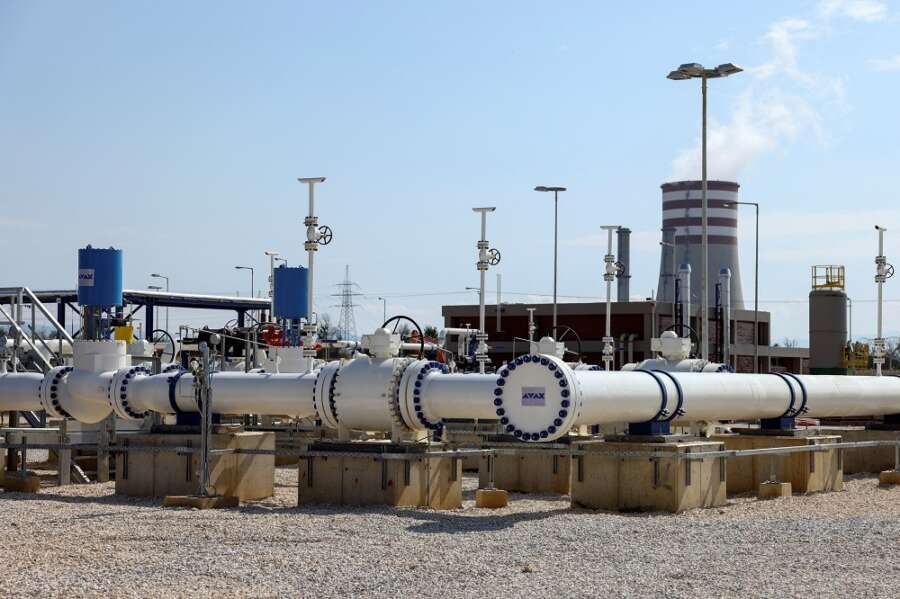 A global surge in wholesale power and gas prices means households across Europe face much higher energy bills this year and beyond, with the region’s most vulnerable exposed to fuel poverty, consumer groups say.

WHY THE HIGH PRICES?

Energy companies pay a wholesale price to buy the gas and electricity they sell to consumers. As in any market, this can go up or down, driven by supply and demand.

Typically, prices rise in response to higher demand for heating and lighting in winter, and fall in summer.

Just before the war started, the German government halted the Nord Stream 2 pipeline that would have doubled the amount of Russian gas shipped to Europe and Russia in July reduced volumes pumped through Nord Stream 1 to 20% of capacity, citing maintenance issues.

The German government said this is a pretext used by Moscow to hit back against Western sanctions imposed over the Ukraine war.

French nuclear outages and a heatwave across Europe this summer have also boosted demand.

Benchmark European gas prices at the Dutch TTF hub have risen by nearly 350% year on year, while German and French front-year power contracts have leapt by 540% and 790% respectively.

HOW LONG COULD THIS LAST?

Many gas market analysts expect prices to remain elevated for the next two years or more.

Global competition for gas and coal this winter is expected to prevent prices from falling. Any more disruption to Russian gas supply, such as a full stoppage through Nord Stream 1, would support prices.

Although European countries are on track to refill gas storage sites to a minimum level of 80% by Oct. 1, an extra cold winter could deplete those reserves quickly.

Many energy suppliers pass on higher wholesale costs to consumers through their retail tariffs. In Britain, for example, on a dual fuel bill (electricity and gas), the wholesale cost can account for 40% of the total.

Suppliers can buy energy on the wholesale market on the day of delivery, a day ahead and up to months or seasons in advance, as they try to predict when prices will be lower and how much to purchase to cover their customer needs.

If suppliers do not buy enough energy, they might have to buy more at a price that could be higher, depending on market movements.

The European Union in July asked its member states to reduce gas demand voluntarily by 15% this winter with the possible introduction of mandatory cuts.

Several European governments had already taken measures to drive consumption down before the announcement, such as laws on air conditioning and heating levels in public and commercial buildings.

Germany has moved to the second stage of a three-tier emergency gas plan. The third stage envisages supply being curtailed to industry.

It will also introduce a gas levy to distribute the high costs of replacing Russian gas among all end-consumers from October but this could see German energy bills rise by another 480 euros ($489.46) a year.

Governments have also announced measures such as subsidies, removing environmental levies or VAT from bills and price caps.

Britain, which relies heavily on gas for heating, introduced a price cap on the most widely-used energy tariffs in 2019 that sets a maximum charge per unit of energy and limits suppliers’ profits to 1.9%.

WHAT CAN CONSUMERS DO?

Households account for 30%-40% of Europe’s gas demand. Some 80% of household gas demand is from heating while the rest is from hot water and cooking.

Usually demand is higher in the winter gas season, which runs from October to March.

According to Bernstein analysts, certain measures by households could reduce household gas demand by a third.

Wearing a thick jumper at home during the winter season could deliver another 4% saving in household demand.

Delaying putting on the heating to November from October and/or stopping heating by February rather than March could save 3%-6%. Turning radiators off in unusued rooms, replacing shower heads with water efficient ones and only using boilers twice a day could save a further 7% of demand.

In Britain, the “Don’t Pay UK” campaign is calling for a reduction in energy bills to an affordable level and urges people to cancel their direct debit energy payments from October.