Our website publishes news, press releases, opinion and advertorials on various financial organizations, products and services which are commissioned from various Companies, Organizations, PR agencies, Bloggers etc. These commissioned articles are commercial in nature. This is not to be considered as financial advice and should be considered only for information purposes. It does not reflect the views or opinion of our website and is not to be considered an endorsement or a recommendation. We cannot guarantee the accuracy or applicability of any information provided with respect to your individual or personal circumstances. Please seek Professional advice from a qualified professional before making any financial decisions. We link to various third-party websites, affiliate sales networks, and to our advertising partners websites. When you view or click on certain links available on our articles, our partners may compensate us for displaying the content to you or make a purchase or fill a form. This will not incur any additional charges to you. To make things simpler for you to identity or distinguish advertised or sponsored articles or links, you may consider all articles or links hosted on our site as a commercial article placement. We will not be responsible for any loss you may suffer as a result of any omission or inaccuracy on the website.
Home Business Explainer-How Western sanctions will target Russia
Business 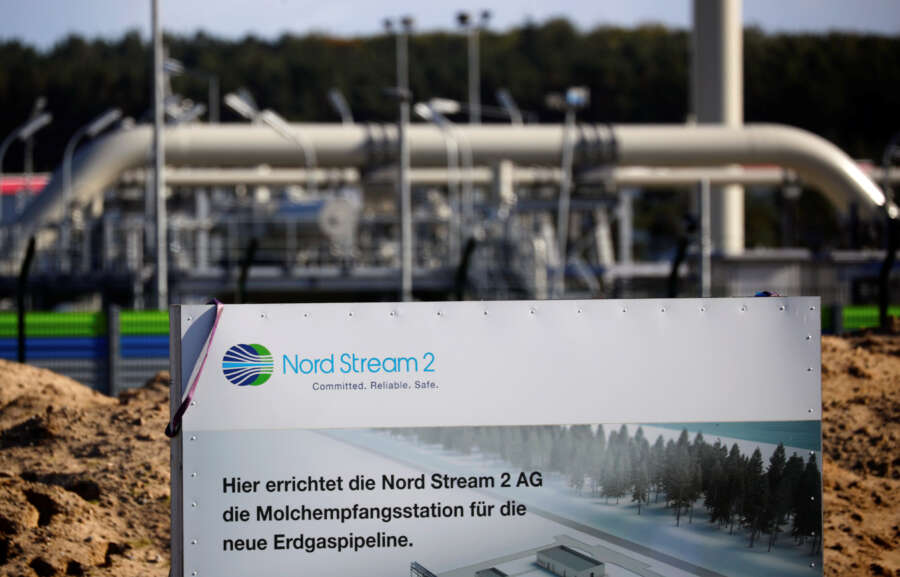 (Reuters) -The United States and its allies are coordinating new sanctions on Russia after Moscow recognised two regions in eastern Ukraine as independent, officials said.

Details have started to emerge on the steps taken or planned by the United States, European Union, Britain and other Western powers.

Below are details on the curbs proposed so far and what other sanctions could target Russia:

Britain announced sanctions on five banks – Bank Rossiya, Black Sea Bank, Genbank, IS Bank and Promsvyazbank – all are smaller lenders, with only Promsvyazbank on the central bank’s list of systematically important lenders.

U.S. President Joe Biden announced sanctions on VEB bank and Russia’s military bank, referring to Promsvyazbank, which does defence deals. The Treasury Department said: “All assets under U.S. jurisdiction will be immediately frozen and U.S. individuals and entities are prohibited from doing business.”

A senior U.S. administration official added that Sberbank, and VTB Bank would face sanctions if the Russian invasion proceeds.

Bank Rossiya is already under U.S. sanctions from 2014 for its close ties to Kremlin officials.

The European Union has agreed to blacklist banks involved in financing separatist activities in eastern Ukraine.

Russia’s large banks are deeply integrated into the global financial system, meaning sanctions could be felt far beyond its borders. Data from the Bank for International Settlements (BIS) shows that European lenders hold the lion’s share of the nearly $30 billion in foreign banks’ exposure to Russia.

According to data from Russia’s central bank, total Russian banking foreign assets and liabilities stood at $200.6 billion and $134.5 billion respectively with the U.S. dollar share amounting to around 53% of both, down from 76%-81% two decades ago.

The package of measures from the EU will “target the ability of the Russian state and government to access the EU’s capital and financial markets and services, to limit the financing of escalatory and aggressive policies,” according to a statement by the bloc.

It will ban EU investors from trading in Russian state bonds.

The United States also increased restrictions on dealings in Russia’s sovereign debt. Americans, who had already been barred from investing in Russian sovereign debt directly, will now also be banned from purchasing it in the secondary market after March 1.

Britain threatened last week to block Russian companies from raising capital in London, Europe’s financial centre for such transactions, though has stopped short of doing so in its announcements on Tuesday.

Even before the latest events, access to Russian bonds had become increasingly restricted.

The curbs have cut Russia’s external debt by 33% since early 2014 – from $733 billion to $489 billion in the third quarter of 2021. Lower debt improves a country’s balance sheet on the surface, but deprives it of financing sources that could contribute to economic growth and development.

Sanctioning persons via asset freezes and travel bans is a commonly used tool and the United States, the EU and Britain already have such sanctions in place against a number of Russian individuals.

The EU on Monday imposed sanctions on five people who were involved in a Russian parliamentary election in annexed Crimea in September 2021.

On Tuesday, the bloc said it would blacklist all lawmakers in the lower house of the Russian parliament who voted in favour of the recognition of the breakaway regions, freeze any assets they have in the EU and ban them from travelling to the bloc.

Meanwhile Britain has imposed sanctions on three men, Gennady Timchenko and billionaires Igor and Boris Rotenberg – all of whom are allies of President Vladimir Putin from St. Petersburg whose personal fortunes grew precipitously following Putin’s rise to the presidency. All three men are already sanctioned by the United States.

Those hit by sanctions include Alexander Bortnikov, the head of the Federal Security Service, Russia’s powerful domestic security and counterintelligence service.

Also designated was Putin’s first deputy chief of staff and former Russian Prime Minister, Sergei Kiriyenko. He was previously targeted by the United States, EU and Britain in response to the poisoning of Russian opposition leader Alexei Navalny. His son, Vladimir Kiriyenko, was also designated Tuesday.

The chairman and chief executive of Promsvyazbank was also targeted. The Treasury accused Petr Fradkov of working to transform the bank into one that serves the defense industry.

While the United States has used the SDN designation in the past to sanction oligarchs deemed to be “bad actors,” it has become more cautious in recent years after 2018 sanctions on the owner of Rusal saw aluminium prices skyrocket and forced Washington to backtrack.

A bill unveiled by U.S. Senate Democrats in January aimed for sweeping sanctions against top Russian government and military officials, including Putin, and President Biden has said he would be ready to consider personal sanctions on the Russian president.

Moscow has said any move to impose sanctions on Putin himself would not harm the Russian president personally but would prove “politically destructive.”

The United States and the EU already have sanctions in place on Russia’s energy and defence sectors, with state-owned gas company Gazprom, its oil arm Gazpromneft and oil producers Lukoil, Rosneft and Surgutneftegaz facing various types of curbs on exports/imports and debt-raising.

Sanctions could be widened and deepened, with one possible option being to prevent companies settling in U.S. dollars.

Nord Stream 2, a recently completed pipeline from Russia to Germany, was awaiting regulatory approval by EU and German authorities before Berlin put its certification on ice.

Europe’s dependence on Russian energy supplies weakens the West’s hand when considering sanctions in this sector.

The White House has told the U.S. chip industry to be ready for new restrictions on exports to Russia if Moscow attacks Ukraine, including potentially blocking Russia’s access to global electronics supplies.

Similar measures were deployed during the Cold War, when sanctions kept the Soviet Union technologically backward and crimped economic growth.

One of the harshest measures would be to disconnect the Russian financial system from SWIFT, which handles international financial transfers and is used by more than 11,000 financial institutions in over 200 countries.

A senior U.S. official said they are not taking SWIFT sanctions off the table.

In 2012, SWIFT disconnected Iranian banks as international sanctions tightened against Tehran over its nuclear programme. Iran lost half its oil export revenue and 30% of its foreign trade, the Carnegie Moscow Center think tank said.

Among Western countries, the United States and Germany would stand to lose the most from such a move, as their banks are the most frequent SWIFT users with Russian banks, said Maria Shagina at the Carnegie Moscow Center.

The number of messages sent via SPFS was about one-fifth of Russian internal traffic in 2020, according to the central bank, which aims to increase this to 30% in 2023. However, SPFS has struggled to establish itself in international transactions.

Explainer-Western sanctions on banks only scratch surface of Fortress Russia