Home News Exclusive-New investor backs BT, says fibre JV may not be needed – source
Our website publishes news, press releases, opinion and advertorials on various financial organizations, products and services which are commissioned from various Companies, Organizations, PR agencies, Bloggers etc. These commissioned articles are commercial in nature. This is not to be considered as financial advice and should be considered only for information purposes. It does not reflect the views or opinion of our website and is not to be considered an endorsement or a recommendation. We cannot guarantee the accuracy or applicability of any information provided with respect to your individual or personal circumstances. Please seek Professional advice from a qualified professional before making any financial decisions. We link to various third-party websites, affiliate sales networks, and to our advertising partners websites. When you view or click on certain links available on our articles, our partners may compensate us for displaying the content to you or make a purchase or fill a form. This will not incur any additional charges to you. To make things simpler for you to identity or distinguish advertised or sponsored articles or links, you may consider all articles or links hosted on our site as a commercial article placement. We will not be responsible for any loss you may suffer as a result of any omission or inaccuracy on the website.
News 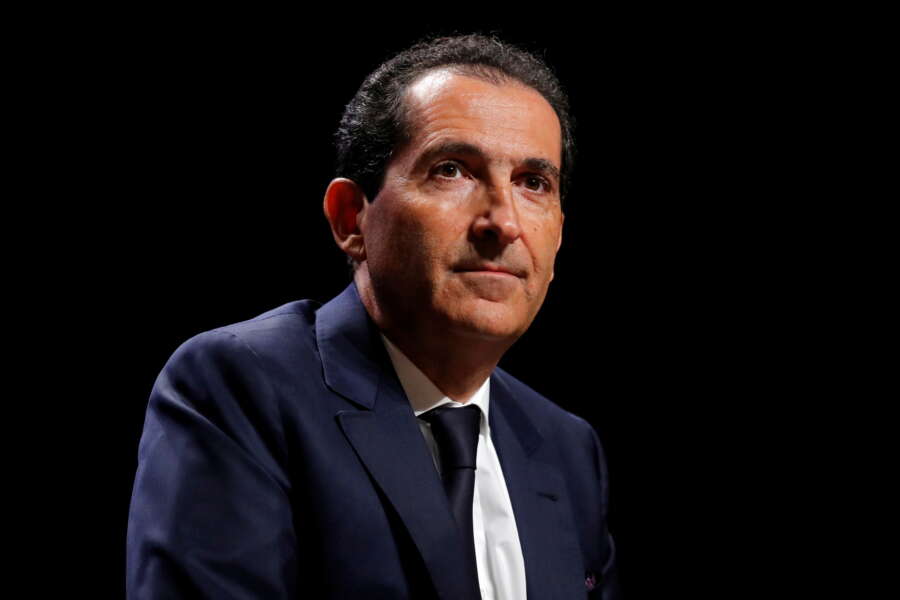 By Paul Sandle and Kate Holton

LONDON (Reuters) -BT’s new billionaire investor is backing the British telecoms group to go it alone, seeing no need to sell a stake in network arm Openreach or perhaps even to find a partner for its fibre roll-out, a person familiar with the situation said.

Patrick Drahi, a Franco-Israeli telecoms entrepreneur, surprised investors earlier this month when he announced that he controlled 12.1% of BT, making him the biggest shareholder and driving the company’s stock to a 17-month high.

The 57-year-old met BT’s management in London last week, two sources said, with one saying he confirmed in private what he has said in public – that he backs BT spending billions to build the fibre and 5G networks Britain needs to boost productivity.

The stake purchase sparked speculation that Drahi might pressure BT to sell a stake in Openreach or spin it off, and it came less than a month after the group set out a plan to find a partner to help build part of its new fibre network.

But the person, who spoke on condition of anonymity, said Drahi and some of BT’s other major investors, which include Deutsche Telekom, did not think a fibre joint venture was needed, unless a partner could access cheaper capital.

Spokespeople for BT and Drahi declined to comment. Deutsche Telekom did not immediately respond to a request for comment.

BT is planning to spend 15 billion pounds ($21 billion) on an investment upgrade that will help transform the future of the company that traces its history back to 1846.

Drahi bought into BT after the group overcame a series of potential hurdles, including the agreement of a new regulatory regime, a spectrum auction, pension negotiations and soccer rights renewals.

The company will also be a big beneficiary of a super-deduction tax break, helping underpin its plan announced in May to build a fibre network serving 25 million homes by the end of 2026 – five million more, and earlier, than previously planned.

CEO Philip Jansen said at the time BT was looking for an investment partner to help with the additional connections.

However, some major BT shareholders are keen for the company to fund the additional investment itself, unless a partner could provide capital at a substantially cheaper cost, the source said, adding the chances of a partnership had diminished.

While a joint venture deal for the extra five million connections could give a value for the whole network, it would also take some of the future earnings.

BT shares are up 30% since the joint venture plan was publicised in May and the Drahi investment revealed, valuing the group at 20.3 billion pounds.

The improved share price also means a stake sale or spin-off of Openreach is not on the immediate agenda, with management and some investors believing a company split would be a distraction during the fibre roll out, the source said.

Openreach is BT’s networks unit which analysts say is undervalued within the group.

“The separation cost would be massive,” the source said.

Jansen told the Times newspaper last week that he had an “excellent” relationship with Drahi, who saw “huge potential” in BT.

Deutsche Telekom owns just a shade less than Altice at 12.06% and has a seat on BT’s board. But that came when BT bought EE from Deutsche Telekom and Orange, and a board seat for Drahi’s Altice had not been discussed, Jansen told the Times.