Our website publishes news, press releases, opinion and advertorials on various financial organizations, products and services which are commissioned from various Companies, Organizations, PR agencies, Bloggers etc. These commissioned articles are commercial in nature. This is not to be considered as financial advice and should be considered only for information purposes. It does not reflect the views or opinion of our website and is not to be considered an endorsement or a recommendation. We cannot guarantee the accuracy or applicability of any information provided with respect to your individual or personal circumstances. Please seek Professional advice from a qualified professional before making any financial decisions. We link to various third-party websites, affiliate sales networks, and to our advertising partners websites. When you view or click on certain links available on our articles, our partners may compensate us for displaying the content to you or make a purchase or fill a form. This will not incur any additional charges to you. To make things simpler for you to identity or distinguish advertised or sponsored articles or links, you may consider all articles or links hosted on our site as a commercial article placement. We will not be responsible for any loss you may suffer as a result of any omission or inaccuracy on the website.
Home Headlines Exclusive-Embattled Credit Suisse aims to launch China wealth business next year
Headlines 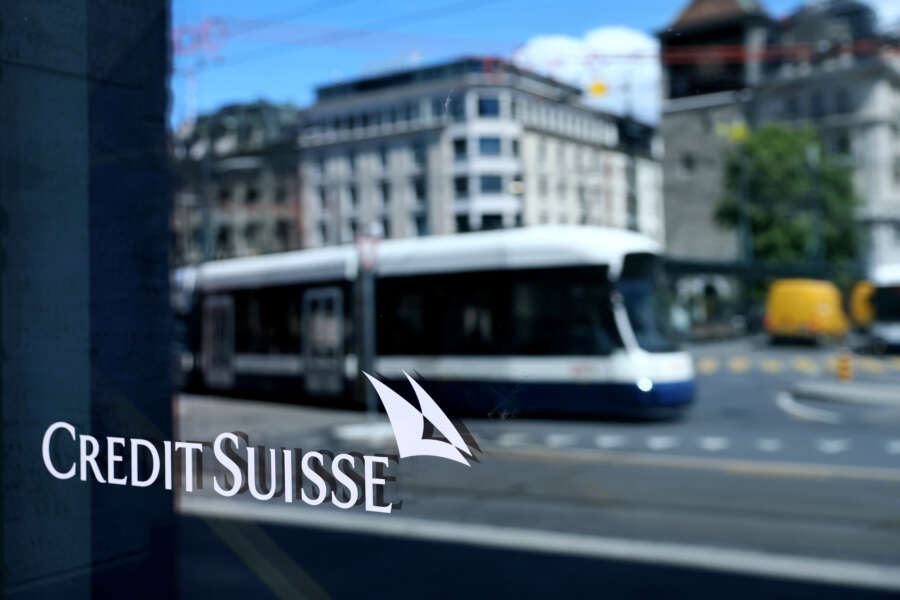 SINGAPORE (Reuters) – Credit Suisse, which has been buffeted by a string of scandals, management changes and global strategy rejigs, is still betting big on China and plans to launch a wealth business there next year, a senior Asia executive said.

“In spite of all these rumours flying around that Credit Suisse is pulling back or pulling out of China, China is a long-term play for us,” Benjamin Cavalli, head of its Asia Pacific wealth management business, told Reuters in an interview.

The bank aims to start offering wealth management services in China next year on the back of securing full ownership of its local securities venture, which is likely by the first quarter of next year, Cavalli said.

Credit Suisse’s China expansion plan comes even as the bank is cutting jobs and costs elsewhere in its efforts to recover from a string of losses and scandals. In July, the Swiss bank named its asset management boss as the new CEO.

The plans for the China wealth business for next year, which have not been reported before, also come close on the heels of some media reports that Credit Suisse was reviewing its China business.

On Thursday, Reuters reported Switzerland’s second-biggest bank, which has dubbed 2022 a “transition” year, is weighing slashing around 5,000 jobs across the group — around one job in 10.

Cavalli said that the bank is taking a long-term view of China, given the huge potential in selling wealth management products to the rich in the world’s second-largest economy.

“We will never go into a new market where we feel we have to have a payback of three or four years and pull the trigger, this is unlike Credit Suisse,” said Cavalli, who moved to Hong Kong in the new role this year from Singapore.

Chinese banks dominate the distribution of proprietary and third-party wealth products in the country where there is growing demand from high-networth individuals and the mass affluent.

Though Credit Suisse’s Chinese securities venture had been delayed due to many factors, including staff departures, the bank has already replaced some senior executives and was in the process of hiring more, Cavalli said.

An expected regulatory site inspection would soon follow, he said.

“The securities joint venture full acquisition will hopefully be a Q4 or Q1 event next year,” said the banker.

Two years ago, Credit Suisse raised its stake in the joint venture to a controlling 51% and has said it was looking to take full ownership.

Credit Suisse has already hired 50 staff for the wealth business, including relationship managers, investment consultants and those involved in managing discretionary offerings, among others, he said.

The process for the wealth management licence would follow once the bank gets approval to take complete ownership of the securities venture.

“The wealth pool in China is significant. If I can just get 2%-3% of the wealth pool, that is a starting point and we would have done a lot already.”

With financial markets taking a beating since late 2021 and inflation worries persisting, Credit Suisse’s wealthy clients in Asia, similar to markets in other regions, are in a risk-off mode.

“We see very little light at the end of the tunnel to suggest that there could be a potential recovery or that sentiment turns positive soon,” Cavalli said.

Still, the bank’s widespread footprint, with onshore wealth businesses in Japan, Australia, Thailand and India, besides its offshore wealth centres in Singapore and Hong Kong, have helped it to balance some of the market volatility, he said.