Home Headlines Exclusive-Amazon to secure unconditional EU approval for $8.5 billion MGM buy – sources
Our website publishes news, press releases, opinion and advertorials on various financial organizations, products and services which are commissioned from various Companies, Organizations, PR agencies, Bloggers etc. These commissioned articles are commercial in nature. This is not to be considered as financial advice and should be considered only for information purposes. It does not reflect the views or opinion of our website and is not to be considered an endorsement or a recommendation. We cannot guarantee the accuracy or applicability of any information provided with respect to your individual or personal circumstances. Please seek Professional advice from a qualified professional before making any financial decisions. We link to various third-party websites, affiliate sales networks, and to our advertising partners websites. When you view or click on certain links available on our articles, our partners may compensate us for displaying the content to you or make a purchase or fill a form. This will not incur any additional charges to you. To make things simpler for you to identity or distinguish advertised or sponsored articles or links, you may consider all articles or links hosted on our site as a commercial article placement. We will not be responsible for any loss you may suffer as a result of any omission or inaccuracy on the website.
Headlines 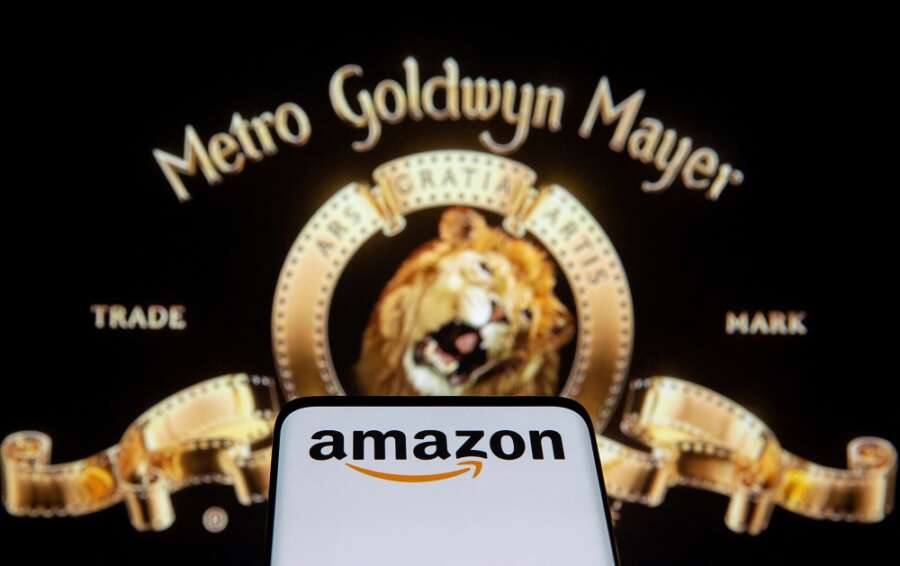 BRUSSELS (Reuters) -Amazon is expected to win unconditional EU antitrust approval for its $8.5 billion buy of U.S. movie studio MGM, people familiar with the matter said, a move that is set to ramp up competition with streaming rivals Netflix and Disney+.

The MGM acquisition would give the world’s largest online retailer rights to James Bond, one of the most lucrative franchises in film history that’s earned nearly $7 billion at the box office globally, according to MGM.

MGM also licences content for video games, which could benefit Amazon’s development efforts in that area.

The European Commission, which is scheduled to decide on the deal by March 15, declined to comment.

Amazon said: “Completion of the transaction is subject to regulatory approvals and other customary closing conditions, and we’re working with regulators to respond to requests.”

The Federal Trade Commission is nearing a mid-March deadline to decide on the deal, according to a source familiar with the matter.