Our website publishes news, press releases, opinion and advertorials on various financial organizations, products and services which are commissioned from various Companies, Organizations, PR agencies, Bloggers etc. These commissioned articles are commercial in nature. This is not to be considered as financial advice and should be considered only for information purposes. It does not reflect the views or opinion of our website and is not to be considered an endorsement or a recommendation. We cannot guarantee the accuracy or applicability of any information provided with respect to your individual or personal circumstances. Please seek Professional advice from a qualified professional before making any financial decisions. We link to various third-party websites, affiliate sales networks, and to our advertising partners websites. When you view or click on certain links available on our articles, our partners may compensate us for displaying the content to you or make a purchase or fill a form. This will not incur any additional charges to you. To make things simpler for you to identity or distinguish advertised or sponsored articles or links, you may consider all articles or links hosted on our site as a commercial article placement. We will not be responsible for any loss you may suffer as a result of any omission or inaccuracy on the website.
Home Headlines European shares rise on easing energy supply worries; Draghi speech in focus
Headlines 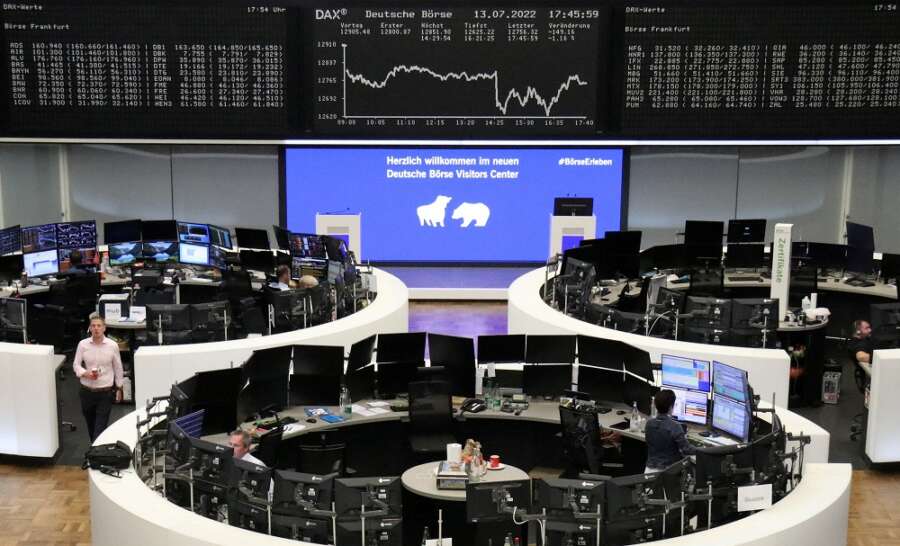 (Reuters) – European shares scaled near six-week highs on Wednesday as energy supply worries eased following a report that Russian gas supplies would resume as scheduled, while Italian Premier Mario Draghi’s parliament address was also in focus amid a political crisis.

The STOXX 600 index rose 0.4% by 0710 GMT, extending gains to a fourth session, after sources on Tuesday said Russian gas flows to Europe via the Nord Stream 1 pipeline were seen restarting on time this week after the completion of scheduled maintenance.

In Europe, however, chipmaker ASML Holding slid 4.2% as signs of a slowdown in consumer markets saw investors look past a profit rise from record new bookings.

Italy’s MIB index was up 0.2%, with a vote on Draghi’s speech expected after market close at 1730 GMT.

Topping the STOXX 600 was German power firm Uniper, which rose 7.3% after a report said details of its bail-out could be discussed with German Chancellor Olaf Scholz on Friday.

(Reporting by Susan Mathew in Bengaluru; Editing by Subhranshu Sahu)