Our website publishes news, press releases, opinion and advertorials on various financial organizations, products and services which are commissioned from various Companies, Organizations, PR agencies, Bloggers etc. These commissioned articles are commercial in nature. This is not to be considered as financial advice and should be considered only for information purposes. It does not reflect the views or opinion of our website and is not to be considered an endorsement or a recommendation. We cannot guarantee the accuracy or applicability of any information provided with respect to your individual or personal circumstances. Please seek Professional advice from a qualified professional before making any financial decisions. We link to various third-party websites, affiliate sales networks, and to our advertising partners websites. When you view or click on certain links available on our articles, our partners may compensate us for displaying the content to you or make a purchase or fill a form. This will not incur any additional charges to you. To make things simpler for you to identity or distinguish advertised or sponsored articles or links, you may consider all articles or links hosted on our site as a commercial article placement. We will not be responsible for any loss you may suffer as a result of any omission or inaccuracy on the website.
Home Headlines Euronext Italian arm to become group-wide clearer from end 2023
Headlines 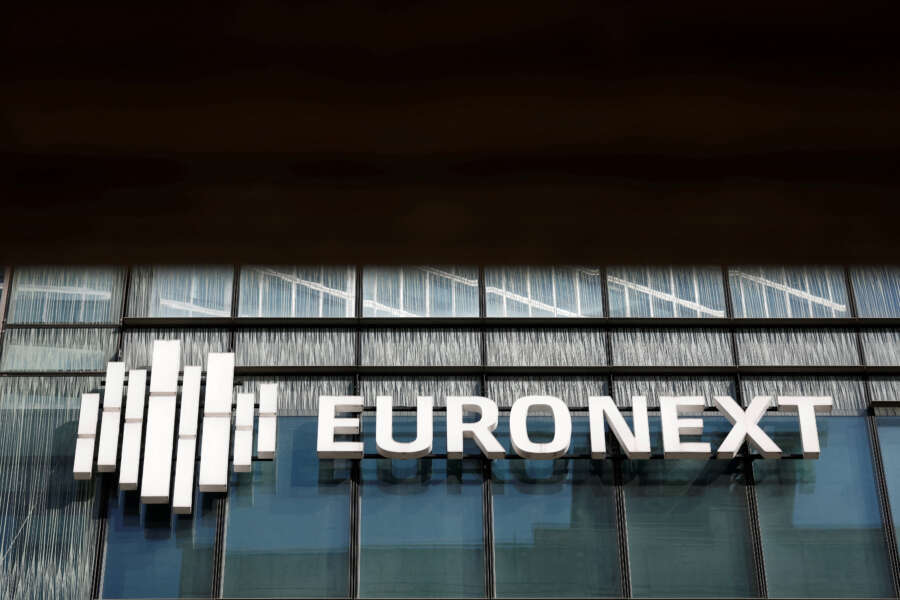 LONDON (Reuters) – Pan-European stock exchange Euronext said on Thursday that customers will be able to clear all share trades at its Italian arm from the end of 2023, a move that ends reliance on a London Stock Exchange Group (LSEG) unit in Paris.

Euronext, which operates exchanges in Paris, Amsterdam, Brussels, Dublin, Lisbon, Milan and Oslo, has long relied on LCH SA in the French capital for clearing its stock and derivatives trades, but its acquisition of the Milan Exchange last year from LSEG included an in-house clearer.

“This is the first milestone in the transformation of Euronext Clearing to create the Euronext clearing house of choice for its cash equity markets,” Euronext said in a third quarter trading statement.

Clearing in derivatives traded on Euronext will follow in 2024.

Customers could continue using LCH SA, in which Euronext has an 11.1% stake, for clearing share trades, but will have to shift all credit derivatives to Italy.

As many are likely to shift stock and derivatives trading to Italy given efficiencies from using one location.

Clearing has become a politicised issue in the European Union following Brexit as the bloc seeks to end heavy reliance on LCH’s London operation for clearing interest rate swaps, setting an end-June 2025 deadline for cutting off access to EU customers.

“In December we will come forward with measures to make the European Union a more competitive and attractive clearing landscape by fostering the demand for and supply of derivatives products at EU central counterparties (CCPs) and by strengthening the EU supervisory framework for those CCPs,” EU financial services commissioner Mairead McGuinness said on Thursday.

Earlier this week, Deutsche Boerse’s Eurex Clearing offered payments to buy-side customers who relocate derivatives clearing from London in 2023 in anticipation of the EU legislation.