Our website publishes news, press releases, opinion and advertorials on various financial organizations, products and services which are commissioned from various Companies, Organizations, PR agencies, Bloggers etc. These commissioned articles are commercial in nature. This is not to be considered as financial advice and should be considered only for information purposes. It does not reflect the views or opinion of our website and is not to be considered an endorsement or a recommendation. We cannot guarantee the accuracy or applicability of any information provided with respect to your individual or personal circumstances. Please seek Professional advice from a qualified professional before making any financial decisions. We link to various third-party websites, affiliate sales networks, and to our advertising partners websites. When you view or click on certain links available on our articles, our partners may compensate us for displaying the content to you or make a purchase or fill a form. This will not incur any additional charges to you. To make things simpler for you to identity or distinguish advertised or sponsored articles or links, you may consider all articles or links hosted on our site as a commercial article placement. We will not be responsible for any loss you may suffer as a result of any omission or inaccuracy on the website.
Home News EU regulator backs Novavax shot as region’s fifth COVID-19 vaccine
News 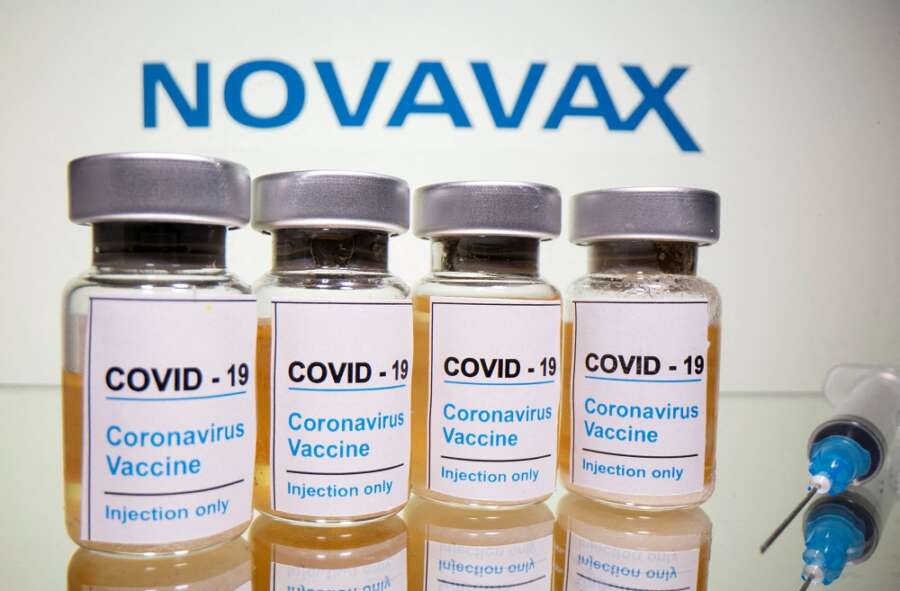 (Reuters) – The European Union’s drug regulator on Monday approved use of the COVID-19 vaccine from U.S.-based Novavax in people 18 years and older, paving the way for a fifth coronavirus shot in the region as the Omicron coronavirus variant spreads.

Data from two large studies showed the vaccine has an efficacy of around 90%, the European Medicines Agency (EMA) said, adding that there was currently limited data on its efficacy against some variants of concern, including Omicron.

“After a thorough evaluation, EMA’s human medicines committee (CHMP) concluded by consensus that the data on the vaccine were robust and met the EU criteria for efficacy, safety and quality,” the regulator said.

Novavax said it would start shipping vaccines to the EU’s 27 member states in January. Its Nasdaq-listed shares were up about 10% in U.S. pre-market trading, following the EU approval.

COVID-19 infections have broken records in parts of Europe in recent weeks, with governments and researchers scrambling to bolster defences against the fast-spreading Omicron, prompting renewed curbs ahead of the Christmas holidays.

The endorsement for the two-dose vaccine, branded Nuvaxovid, comes well ahead of possible authorisation in the United States, where Novavax has had to resolve manufacturing issues and expects to file for approval by the end of the year.

The regulatory process in the EU has taken longer than expected too. EMA started a real-time rolling review of the data in February.

Novavax and the EU reached a preliminary deal in December 2020 for the supply of the vaccine, but due to regulatory and production issues the final contract for up to 200 million doses was only signed in August.

The shot received its first regulatory greenlight in Indonesia last month and is awaiting approval in Japan, where it would be manufactured and distributed by Takeda Pharmaceutical.

Once EMA has endorsed or refused a product, the executive body of the European Union, the European Commission, makes the final decision, which typically matches what EMA has said.

Vaccines from Pfizer-BioNTech,, Moderna, AstraZeneca and J&J had already been approved for use in the EU. But faced with surging infections, EMA has been speeding up reviews of other shots and treatments.

Novavax’s protein-based vaccine uses alternative technology to the other four shots, which makes it more interesting to the EU as it has sought to diversify its portfolio of vaccines.

The company has about eight manufacturing locations, including those of the Serum Institute of India (SII), the world’s biggest vaccine maker.

Production of the shot in India at SII has also been approved by EMA, an EU official told Reuters.

Antigens for the vaccine, the inactivated organisms that trigger an immune response, are made at Novavax’s factory in the Czech Republic.

Earlier this month, Novavax said it could begin manufacturing of a vaccine tailored for Omicron in January, while it tests whether or not its current vaccine works against the variant.

On Friday, the World Health Organization issued an emergency use listing to SII’s version of Novavax’s vaccine.

(Reporting by Pushkala Aripaka in Bengaluru and Francesco Guarascio in Brussels; Editing by Josephine Mason and Susan Fenton)