Our website publishes news, press releases, opinion and advertorials on various financial organizations, products and services which are commissioned from various Companies, Organizations, PR agencies, Bloggers etc. These commissioned articles are commercial in nature. This is not to be considered as financial advice and should be considered only for information purposes. It does not reflect the views or opinion of our website and is not to be considered an endorsement or a recommendation. We cannot guarantee the accuracy or applicability of any information provided with respect to your individual or personal circumstances. Please seek Professional advice from a qualified professional before making any financial decisions. We link to various third-party websites, affiliate sales networks, and to our advertising partners websites. When you view or click on certain links available on our articles, our partners may compensate us for displaying the content to you or make a purchase or fill a form. This will not incur any additional charges to you. To make things simpler for you to identity or distinguish advertised or sponsored articles or links, you may consider all articles or links hosted on our site as a commercial article placement. We will not be responsible for any loss you may suffer as a result of any omission or inaccuracy on the website.
Home Opinion Employees find connection through feeling “different” at work
Opinion 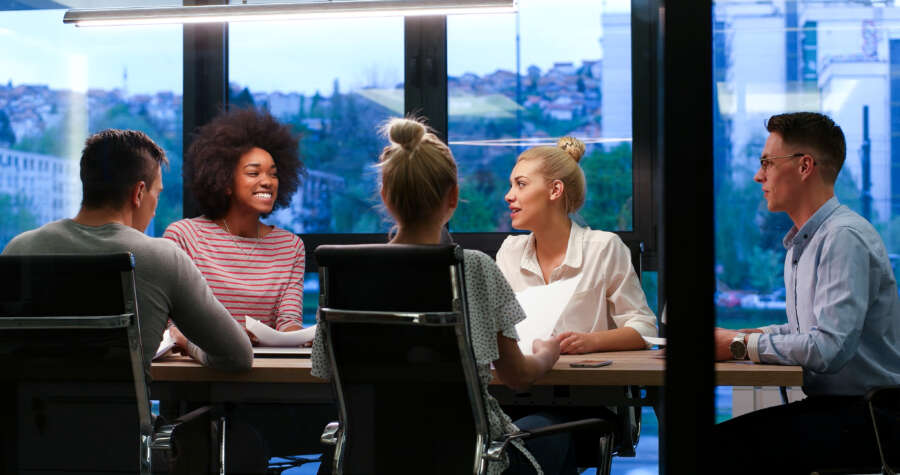 Feeling vulnerable is often associated with weakness, but in some cases it can become a source of strength, reveals new research from Linköping University and Aalto University School of Business.

Alice Wickström, from the Department of Management Studies at Aalto University School of Business, co-authored a study into diversity management practices together with Janet Johansson, Associate Professor at Linköping University. The research is based on Johansson’s ethnographic work at the publicly-funded Swedish theatre company, SPAC.

Previous research has criticised diversity management practices for only valuing diversity to an extent as it furthers organisational goals. This is expressed by promoting social cohesion and assimilation while at the same time essentialising cultures perceived as “other” than the norm.

Based on Johansson’s in-depth interviews with company staff, and over two years of observations of weekly organisational meetings, rehearsals, and day to day practices at SPAC, the researchers note how employees viewed as “different” due to their ethnicity, disabilities, or other reasons, felt marginalised and frustrated due to perceived pressured to conform.

Instead of limiting their agency, however, the findings show that feelings of vulnerability stemming from marginalisation reinforced employees’ feelings of responsibility to care about their co-workers. It became a source of strength which helped them form caring relationships.

Johansson and Wickström note that relationships forged this way do not carry the same intention of forming groups based on homogeneity, rather they emphasise tolerance of perceived differences.

“We identify meaningful care emerging from caring with, instead of for, others. This is where caregiver relates to caregiver by viewing each other as equals and connecting with each other emotionally while seeking empowerment for each other,” says Wickström.

This paper was published in the Journal of Business Ethics.

OVER HALF OF ADULTS IN ENGLAND CONSIDERING A PORTFOLIO CAREER BUT IMPOSTER SYNDROME MAY...