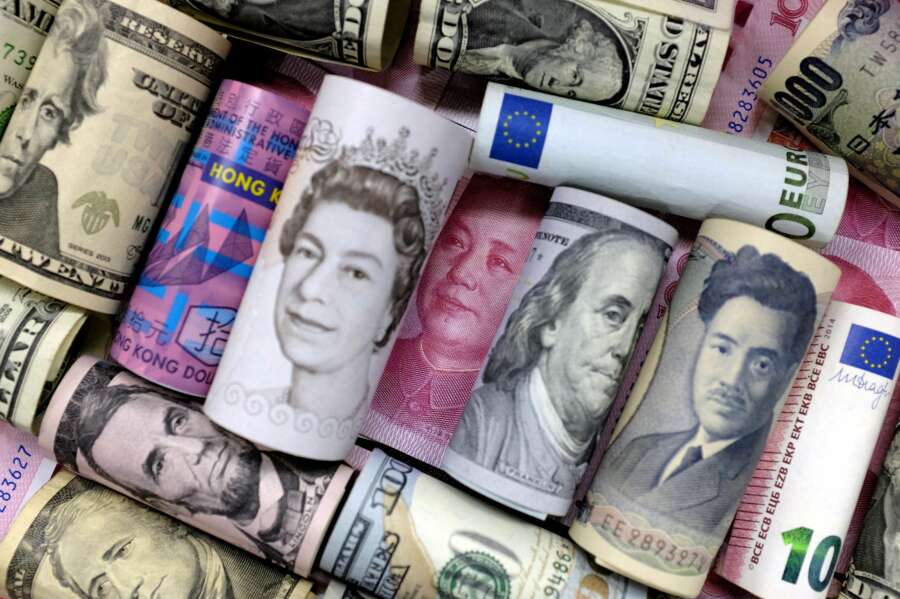 NEW YORK (Reuters) – The U.S. dollar jumped and the Russian rouble tumbled to a record low on Thursday after Russia launched an invasion of Ukraine, as investors fled risk assets and moved towards safe haven assets.

Russian forces invaded Ukraine in a massed assault by land, sea and air, the biggest attack by one country against another in Europe since World War Two.

The dollar index rose 1.501% and was on pace for its biggest daily percentage gain since March 2020, when U.S, markets were in the throes of the first wave of the COVID-19 pandemic. The greenback reached a high of 97.740 against a basket of major currencies, its highest since June 30, 2020.

“We have a big geopolitical development that a lot of people haven’t seen before in their lives; it’s a classic risk-off move,” said Erik Bregar, director, FX & precious metals risk management at Silver Gold Bull Inc in Toronto.

“There is a push and pull over which currency is the biggest safe haven in the moment.”

The Russian rouble weakened 6.70% versus the greenback at 86.92 per dollar after softening to a record low of 89.986 per dollar.

Against other safe havens, the dollar rose rose 1% against the Swiss franc while the Japanese yen weakened 0.52% versus the greenback at 115.56 per dollar.

The greenback also gained sharply against other European currencies such as the Swedish crown, Hungarian forint and Polish zloty.

The greenback has been subdued recently as tensions in Ukraine have increased and fueled speculation the U.S. Federal Reserve may be less aggressive in tightening policy at its March meeting. Expectations for at least a 50-basis-point interest rate hike have dropped to about 13% from around 34% a day ago, according to CME’s FedWatch Tool.