Our website publishes news, press releases, opinion and advertorials on various financial organizations, products and services which are commissioned from various Companies, Organizations, PR agencies, Bloggers etc. These commissioned articles are commercial in nature. This is not to be considered as financial advice and should be considered only for information purposes. It does not reflect the views or opinion of our website and is not to be considered an endorsement or a recommendation. We cannot guarantee the accuracy or applicability of any information provided with respect to your individual or personal circumstances. Please seek Professional advice from a qualified professional before making any financial decisions. We link to various third-party websites, affiliate sales networks, and to our advertising partners websites. When you view or click on certain links available on our articles, our partners may compensate us for displaying the content to you or make a purchase or fill a form. This will not incur any additional charges to you. To make things simpler for you to identity or distinguish advertised or sponsored articles or links, you may consider all articles or links hosted on our site as a commercial article placement. We will not be responsible for any loss you may suffer as a result of any omission or inaccuracy on the website.
Home Headlines Dollar stands firm while traders await CPI
Headlines 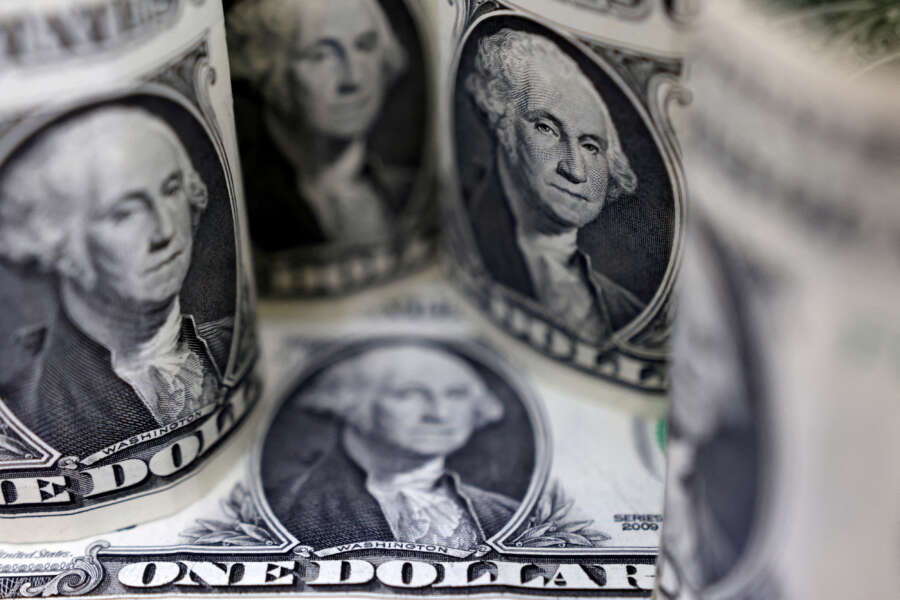 SINGAPORE (Reuters) – The dollar mostly held its ground on Wednesday in spite of downward pressure from lower bond yields and higher stocks, as traders waited on this week’s U.S. consumer price data to see whether it will confirm that inflation is in retreat.

The Australian dollar wobbled its way about 0.4%higher to $0.6918 after data showed the annual pace of inflation increased to 7.3% in November, leaving room for more rate hikes. The New Zealand dollar also crept up 0.1% to $0.6378. [AUD/]

The U.S. dollar was steady elsewhere, loitering at $1.0743 per euro, just above a five-month low, in the lead-up to U.S. inflation data due on Thursday.

The greenback has lost about 11% against the common currency since hitting a 20-year peak in September, as investors have started to anticipate easing inflation and with it a falling dollar as the need for more interest rate hikes wanes.

But for the past month or so the euro has struggled to make further headway, and traders have been cautious in selling dollars while the U.S. Federal Reserve continues to promise hikes and the global economic outlook is bleak.

“But it still remains a difficult one to argue a really strong euro story,” he said, which is holding back wider losses for the dollar as the euro/dollar pair sets the broad tone.

The dollar was steady at 132.30 Japanese yen and $1.2161 per British pound. U.S. government bond yields, which have been attracting investors to the dollar, fell overnight and upbeat sentiment in equities lifted stock markets.

Fed Chair Jerome Powell did not give any policy clues during a panel discussion in Stockholm overnight, and with other Fed officials saying their next moves will be data-dependent, investors are keenly focused on U.S. CPI data.

“Another downward surprise to the core CPI would cement the deceleration trend,” Commonwealth Bank of Australia strategist Joe Capurso said.

“The U.S. dollar would ease further because another soft core CPI would encourage markets to continue to shift pricing for the (Fed’s) February meeting from a 50 basis point increase to a 25bp increase.”

Futures pricing has been bumpy, but indicates markets’ now lean toward a 3/4 chance of a 25 bp hike next month.

China’s re-opening has also supported sentiment and lifted Asia’s currencies against the dollar.

China’s yuan was a whisker short of a five-month high at 6.7677 on Wednesday.

The Singapore dollar has scaled 19-month highs this week and the Thai baht nine-month tops in anticipation of tourism picking up as China’s borders open.