Our website publishes news, press releases, opinion and advertorials on various financial organizations, products and services which are commissioned from various Companies, Organizations, PR agencies, Bloggers etc. These commissioned articles are commercial in nature. This is not to be considered as financial advice and should be considered only for information purposes. It does not reflect the views or opinion of our website and is not to be considered an endorsement or a recommendation. We cannot guarantee the accuracy or applicability of any information provided with respect to your individual or personal circumstances. Please seek Professional advice from a qualified professional before making any financial decisions. We link to various third-party websites, affiliate sales networks, and to our advertising partners websites. When you view or click on certain links available on our articles, our partners may compensate us for displaying the content to you or make a purchase or fill a form. This will not incur any additional charges to you. To make things simpler for you to identity or distinguish advertised or sponsored articles or links, you may consider all articles or links hosted on our site as a commercial article placement. We will not be responsible for any loss you may suffer as a result of any omission or inaccuracy on the website.
Home Headlines British COVID trial deliberately infecting young adults found to be safe
Headlines 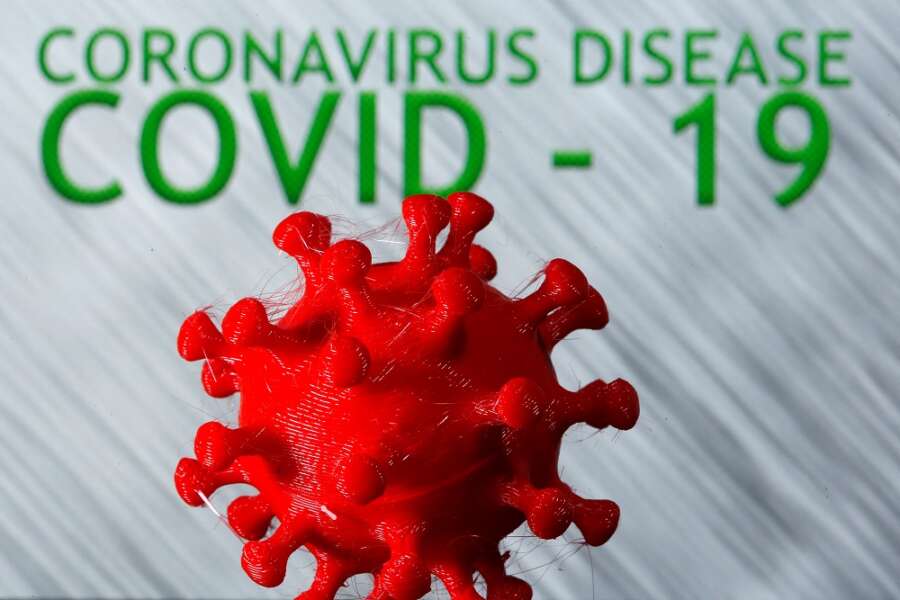 By Josephine Mason and Jennifer Rigby

LONDON (Reuters) -The world’s first “human challenge” trial in which volunteers were deliberately exposed to COVID-19 to advance research into the disease was found to be safe in healthy young adults, leaders of the study said on Wednesday.

The data supports the safety of this model and lays the groundwork for future studies to test new vaccines and medicines against COVID-19 using this kind of trial by the end of this year, the team added.

Scientists have used human challenge trials for decades to learn more about diseases such as malaria, flu, typhoid and cholera, and to develop treatments and vaccines against them.

The Imperial trial exposed 36 healthy male and female volunteers aged 18-29 years to the original SARS-CoV-2 strain of the virus and monitored them in a quarantined setting. They will be followed up for 12 months after discharge.

No serious adverse events occurred, and the human challenge study model was shown to be safe and well tolerated in healthy young adults, the company said.

“People in this age group are believed to be major drivers of the pandemic and these studies, which are representative of mild infection, allow detailed investigation of the factors responsible for infection and pandemic spread,” said Chris Chiu, chief investigator on the trial and professor of infectious diseases at Imperial.

The Imperial researchers said they now planned to start a similar study using the Delta variant, and will share their framework around the globe to allow similar research.

That could provide a crucial route to testing new vaccines, antivirals and diagnostics against COVID-19 more quickly, particularly if transmission rates fall in the real world.

Imperial said it could start tests like this using human challenge trials by the end of 2022.

In April, Oxford University launched another human challenge trial which sought to reinfect people to deepen understanding about immunity.

The results of the Imperial study, published on a pre-print server and yet to be peer reviewed, also provide some clinical insights that could inform public health policies.

Researchers found that symptoms start to develop on average about two days after contact with the virus, Imperial said, which is earlier than the widely held view that the virus has an incubation period of around five days.

The infection first appears in the throat; infectious virus peaks about five days into infection, which is also when the most significant symptoms are usually noticed, the researchers said. At that stage, the virus is significantly more abundant in the nose than the throat.

They also found that rapid lateral flow tests were a reliable indicator of whether infectious virus was present and therefore the person was likely to be able to transmit the virus. Most people had live virus in their nose for an average of 6.5 days, they said.

Eighteen volunteers became infected, 16 of whom went on to develop mild-to-moderate cold-like symptoms, including a stuffy or runny nose, sneezing, and a sore throat, Imperial said.

Thirteen infected volunteers temporarily lost their sense of smell, but this returned within 90 days in all but three participants â€“ the remainder continue to show improvement after three months.

There were no changes seen in their lungs, or any serious adverse events. Only one person had any lingering symptoms by six months – a slightly reduced sense of smell which was improving.

The trial used the lowest dose necessary to infect people, although the team said it was comparable to real-world infections.

The scientists will now study other elements from the trial, including investigating why the 16 of the 34 participants in the final analysis did not get infected despite exposure. Some had detectable virus in their nose but did not go on to test positive twice on PCR tests, the threshold the team used for confirmed infection.

Portugal ranked as the world’s best location for remote workers