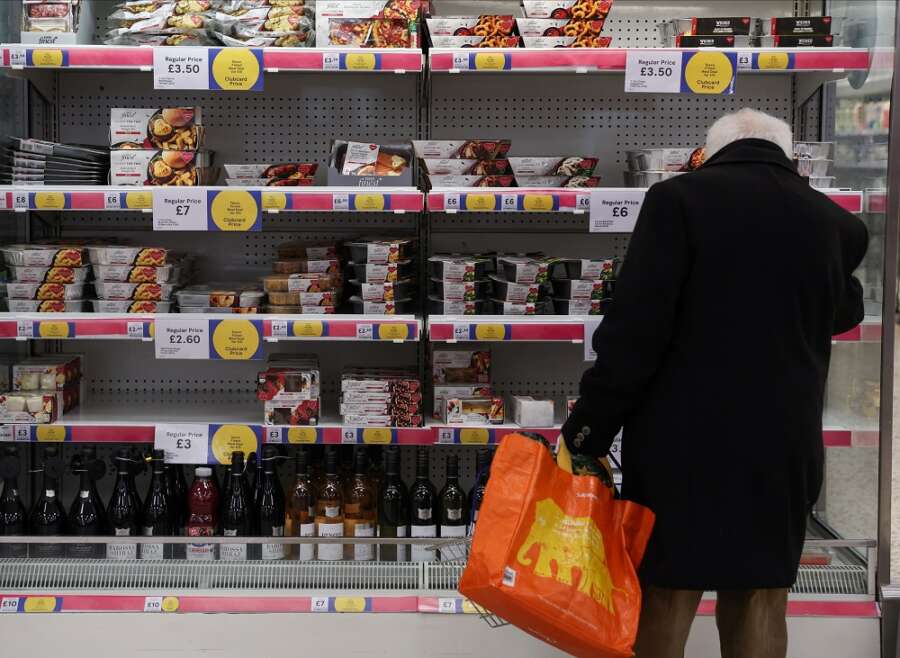 By William Schomberg and David Milliken

LONDON (Reuters) – People and businesses in Britain need to realise they are unlikely to recover the income lost to high inflation any time soon, the Bank of England’s chief economist said on Friday in the latest warning from the central bank of tough times ahead.

A day after the BoE forecast inflation would surpass 10% later this year, causing a sharp economic slowdown – and possibly a recession – Huw Pill said the central bank was unable to cushion people from surging energy and goods prices.

“What we are buying is becoming more expensive relative to what we are selling,” Pill told an online briefing for businesses hosted by the BoE.

“That does imply some sort of squeeze … on the real spending power of domestic residents in the UK. How that is distributed across firms, across wage-earners, across pensioners and so forth, monetary policy does not have much to say about that.”

On Thursday, the BoE raised its benchmark interest rate to 1.0%, its highest since 2009, and said Britain’s economy was set to flat-line in 2023 and 2024 as it suffered from this year’s inflation surge.

After that, the BoE’s forecasts for Britain’s medium-term economic potential were weak by historic standards, Pill said.

“Maybe the benchmark shouldn’t be that wage growth gets back to inflation growth quickly, because there is a need at some point for some parts of society to accept the reality that this real income squeeze is taking place.”

Companies might also absorb some of the hit via smaller profit margins, Pill said.

“Just to be clear about it, over the next 18 months, the squeeze in real income is a very large squeeze, reflecting the very large shock to the economy.”

Earlier this year, BoE Governor Andrew Bailey prompted an angry response from trade unions when he called for restraint in pay deals to avoid fuelling the rise in inflation.

On Thursday, Bailey said people able to preserve their income level were likely to be doing so at the expense of those with the least bargaining power in society.

The combination of high inflation and weak growth raises difficult questions for the BoE about how many more rate hikes will be needed after the four it has done since December, the fastest pace of monetary tightening in 25 years.

Pill was one of six Monetary Policy Committee members who voted on Thursday for the quarter-percentage-point hike while three others voted for an increase twice that size.

“We should be orientated towards the medium term in what we’re trying to do, and not over-respond to short-term developments … (and) have a smoother and more sustained, and more resolute and purposeful, approach to policy ” Pill said.