Home Headlines Beijing nervously returns to work as China doubles down on ‘zero-COVID’ policy
Our website publishes news, press releases, opinion and advertorials on various financial organizations, products and services which are commissioned from various Companies, Organizations, PR agencies, Bloggers etc. These commissioned articles are commercial in nature. This is not to be considered as financial advice and should be considered only for information purposes. It does not reflect the views or opinion of our website and is not to be considered an endorsement or a recommendation. We cannot guarantee the accuracy or applicability of any information provided with respect to your individual or personal circumstances. Please seek Professional advice from a qualified professional before making any financial decisions. We link to various third-party websites, affiliate sales networks, and to our advertising partners websites. When you view or click on certain links available on our articles, our partners may compensate us for displaying the content to you or make a purchase or fill a form. This will not incur any additional charges to you. To make things simpler for you to identity or distinguish advertised or sponsored articles or links, you may consider all articles or links hosted on our site as a commercial article placement. We will not be responsible for any loss you may suffer as a result of any omission or inaccuracy on the website.
Headlines 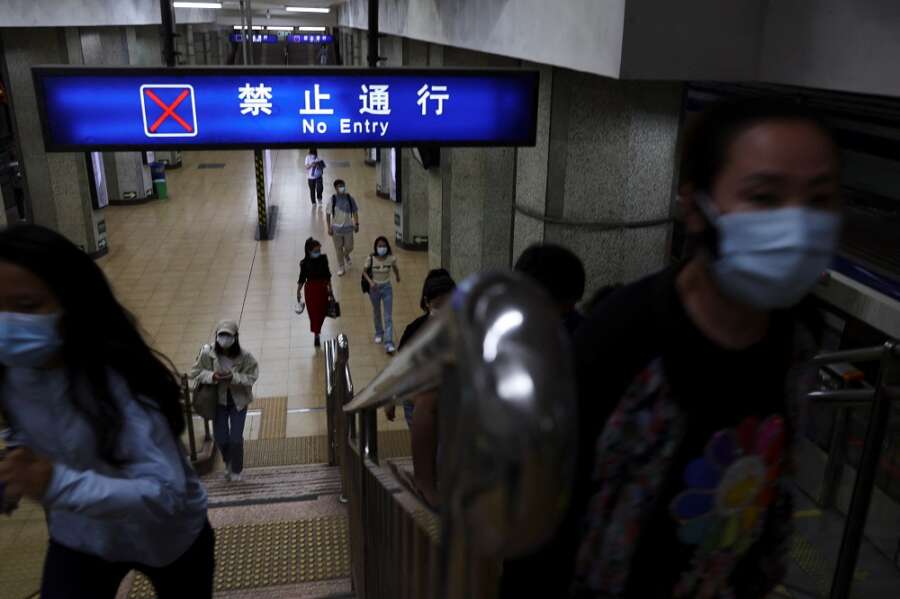 By Eduardo Baptista and Andrew Galbraith

BEIJING/SHANGHAI (Reuters) -Beijing residents tentatively returned to work on Thursday after a muted five-day Labour Day holiday devoid of the usual trips across the country or lavish family dinners, as China pledged to fight any criticism of its uncompromising “zero-COVID” policy.

The long break is usually one of the most lucrative times of the year for restaurants, hotels and other businesses in China. This year, travellers spent 43% less than in 2021, data showed on Thursday.

It was the latest sign of the pain caused by COVID curbs imposed on dozens of major population centres across the country, including the strict city-wide lockdown the commercial hub of Shanghai has endured for more than a month.

Authorities in Beijing, which has already closed restaurants and gyms and other public venues and locked down some residential buildings, want to avoid going down a similar path.

The capital’s streets were less hectic than on a normal working day as officials encouraged people to work from home and scores of bus and subway routes were closed.

“Right now, I feel relatively safe at work and where I live, but I don’t dare to run around outside because I still feel the outbreak hasn”t reached its peak,” said cook Liu Wentao.

Beijing is doing better two weeks into its outbreak than Shanghai did at that point, when daily cases were in the hundreds and rising.

But China’s attempts to eliminate COVID, at odds with the rest of the world which is opening up and trying to live with the disease, have prompted rare public criticism at home.

Beijing has to either find less costly ways of tackling its outbreak or “to tell the whole Chinese society the truth” that disruptive consequences cannot be avoided, he said.

Following a meeting of the country’s highest decision-making body later on Thursday, state television reported that China “will resolutely fight any comments and actions that distort, doubt and repudiate our country’s anti-epidemic policies”.

Relaxing COVID controls would lead to large-scale infections, state television said. It was not clear if the comments were related to Hu’s post, although many Weibo users drew a link.

The policy taken by China, where the virus was first identified in the city of Wuhan in late 2019, threatens its official growth target of around 5.5% this year and reverberations across the global economy and trade.

Global supply chains are heavily reliant on Chinese manufacturers, whose workers are often not allowed to leave their locked-down homes. Large international consumer brands have invested heavily in China in recent years to penetrate a market abundant in voracious spenders.

The European Chamber of Commerce in China said on Thursday EU firms were increasingly looking to move their investments to other markets.

Chinese markets have stabilised recently around two-year lows, but investor sentiment is increasingly running on hopes for policy support from the central bank and other regulators.

China argues its COVID policy is saving lives, which makes the heavy economic and psychological costs of lockdowns worth it, though top officials have pledged to help businesses ride the storm.

A Shanghai official said on Thursday that authorities had found it difficult to strike the correct balance between curbing infections and allowing firms to resume operations.

“Some companies have reported … that the standards for resuming work are somewhat high,” said Zhang Hongtao, of the city’s economy and information technology commission.

For the 25 million residents, most of whom are still under lockdown, there seemed to be a major difference between the guidance coming from the top and enforcement on the ground.

Vice-Premier Sun Chunlan said in Shanghai on Sunday that communities with no new cases for seven days should be allowed to return to “normal social order”.

Yet some such communities only allow one member of each household out for a few hours a day. Elsewhere, no one is allowed out even though the community’s risk level has been officially downgraded.

In some districts, buildings are assigned stars according to when their last COVID cases were recorded, with the top rank of five stars indicating no new cases for at least two months.

On Thursday, a WeChat group of locked-down residents in a block of nearly 100 flats in the city’s Changning district pinged with celebration at finally getting five stars.

“Great. Can I take the dog out for a walk?” one resident asked.

“I’m sorry, for the moment we are not allowed to take dogs for walks,” the building’s volunteer manager responded.

(Reporting by the Beijing and Shanghai bureaus; Writing by Marius Zaharia and John Geddie; Editing by Robert Birsel and Nick Macfie)

COVID took 15 million lives globally, not the 5 million reported – WHO