Our website publishes news, press releases, opinion and advertorials on various financial organizations, products and services which are commissioned from various Companies, Organizations, PR agencies, Bloggers etc. These commissioned articles are commercial in nature. This is not to be considered as financial advice and should be considered only for information purposes. It does not reflect the views or opinion of our website and is not to be considered an endorsement or a recommendation. We cannot guarantee the accuracy or applicability of any information provided with respect to your individual or personal circumstances. Please seek Professional advice from a qualified professional before making any financial decisions. We link to various third-party websites, affiliate sales networks, and to our advertising partners websites. When you view or click on certain links available on our articles, our partners may compensate us for displaying the content to you or make a purchase or fill a form. This will not incur any additional charges to you. To make things simpler for you to identity or distinguish advertised or sponsored articles or links, you may consider all articles or links hosted on our site as a commercial article placement. We will not be responsible for any loss you may suffer as a result of any omission or inaccuracy on the website.
Home News Australia seeks to ease COVID-19 test rules as cases hit records
News 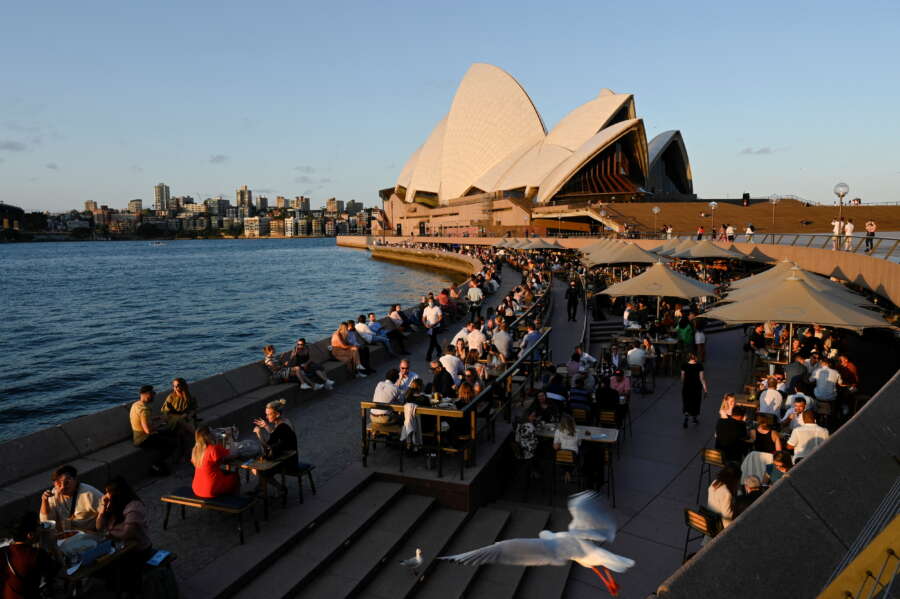 By Renju Jose and Sonali Paul

SYDNEY/MELBOURNE (Reuters) – Australia will seek to make urgent changes to COVID-19 testing rules to ease pressure on test sites as infections surged and the country’s most populous state reported a near doubling in daily cases.

Prime Minister Scott Morrison said on Wednesday Australia needed “a gear change” to manage testing requirements, redefine who qualifies as a close contact and the furlough of virus-exposed workers. He called a snap meeting of the national cabinet on Thursday.

Morrison’s proposed rules on close contacts could mean most people do not have to get PCR tests or isolate themselves, cutting long lines at test sites and 72-to-96-hour waits for lab results.

A growing number of countries, including the United States and Britain, have shortened the recommended isolation time for asymptomatic cases.

The proposal on new testing requirements comes as Queensland promised to relax rules for interstate travellers with domestic arrivals needing only a negative rapid antigen test result to gain entry from Jan. 1 rather than the PCR test. Morrison said A$375 million ($271 million) will be used to buy millions of additional rapid antigen test kits.

Even with soaring infections, some testing centres in Sydney were closed following the public holidays and those that were open had long walk-in and drive-in queues.

“It’s insanity,” 44-year-old Hayden Anderson, who is battling liver cancer told Reuters. “Why are all the testing centres shut?”

Anderson had a PCR test after a friend he caught up with just before Christmas tested positive. When he went for a follow-up test, the site was closed.

After seeing long lines at other testing hubs, he settled for a rapid antigen test at home, but with soaring cases he is concerned he might struggle to get a PCR test, as required, ahead of his next chemotherapy appointment on Jan. 11.

“It’s like walking a tightrope right now,” he said.

Australia is in the grip of an outbreak of the highly infectious Omicron variant, with the country’s new daily infections spiking to nearly 18,300, eclipsing the previous pandemic high of around 11,300 hit on Tuesday.

Cases in most states climbed to one-day records with New South Wales, Australia’s most populous state and home to Sydney, reporting a near doubling in infections to 11,201.

Despite the rapid spread of the Omicron variant, Morrison has so far ruled out lockdowns, urging people to focus on the number of patients admitted to hospitals.

While hospitalisations have crept up, they are still off the peak of the Delta wave.

Despite the Omicron and Delta waves, Australia’s COVID-19 numbers are still among the lowest in the world with about 341,500 cases and 2,210 deaths, thanks to strict social distancing rules and tough border restrictions. But most states have now begun to live with the virus after higher inoculation levels.

(Reporting by Renju Jose in Sydney and Sonali Paul in Melbourne; Editing by Sam Holmes)