Home Finance Aussie dollar firm as bonds tumble, yen looks past BOJ
Our website publishes news, press releases, opinion and advertorials on various financial organizations, products and services which are commissioned from various Companies, Organizations, PR agencies, Bloggers etc. These commissioned articles are commercial in nature. This is not to be considered as financial advice and should be considered only for information purposes. It does not reflect the views or opinion of our website and is not to be considered an endorsement or a recommendation. We cannot guarantee the accuracy or applicability of any information provided with respect to your individual or personal circumstances. Please seek Professional advice from a qualified professional before making any financial decisions. We link to various third-party websites, affiliate sales networks, and to our advertising partners websites. When you view or click on certain links available on our articles, our partners may compensate us for displaying the content to you or make a purchase or fill a form. This will not incur any additional charges to you. To make things simpler for you to identity or distinguish advertised or sponsored articles or links, you may consider all articles or links hosted on our site as a commercial article placement. We will not be responsible for any loss you may suffer as a result of any omission or inaccuracy on the website.
Finance 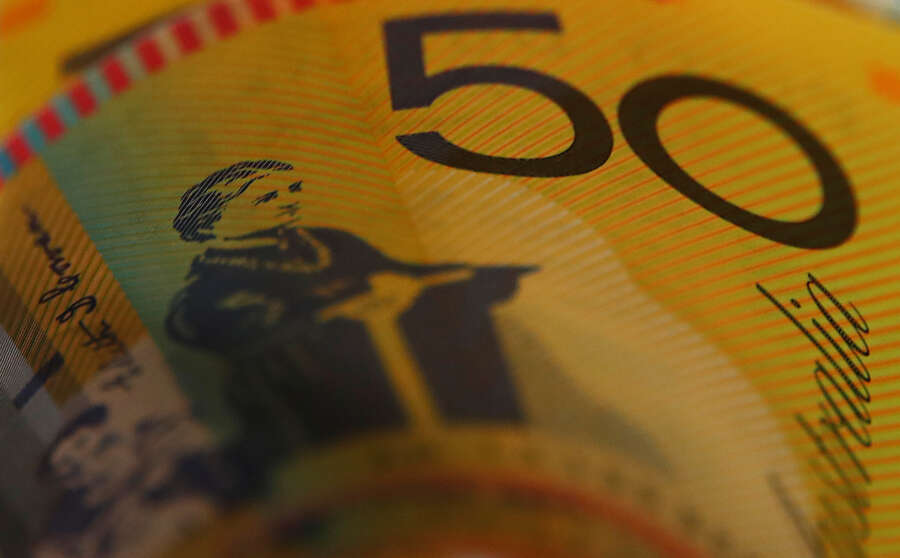 HONG KONG (Reuters) – Central bank policymakers buffeted currency trading on Thursday as the Australian dollar held firm on growing speculation about the Reserve Bank of Australia’s tightening plans, while the yen steadied as the Bank of Japan kept policy steady as expected.

Next on the agenda is the European Central Bank’s rates review later in the global day, with investors looking to clues on how it plans navigate accelerating global inflation.

The Australian dollar was at $0.7504, near its three month top as Australian bond yields surged to their highest since mid 2019 after the central bank declined to buy a government bond at the heart of its stimulus programme, even though yields were well above its target of 0.1%. [L1N2RO015]

The yield target is central to the Reserve Bank of Australia’s case that the 0.1% cash rate will not rise until 2024, so any failure to maintain it fuels market wagers that rates will have to rise much earlier, perhaps even by mid-2022.

The Aussie briefly wobbled and lost 0.48% after RBA Deputy Governor Guy Debelle said policy was aiming to get more inflation just not a “lot more”, but soon erased these losses.

“For the first time in what has felt for a long time currencies are really driven by interest rate differentials, as central banks start to telegraph where they are in their normalisation cycles,” said Kim Mundy, senior economist and currency strategist at Commonwealth Bank of Australia.

The dollar inched 0.16% lower against the yen to 113.63, but not far off its four year high of 114.69 hit October 20, as the BOJ kept monetary policy settings steady on Thursday, as widely expected.

The Japanese central bank also cut its consumer inflation forecast for the year ending in March 2022 to 0% from 0.6%, and the overall takeaway reinforced market bets it will lag other central banks in dialling back crisis-mode policies.

Investors are watching out for ECB’s stance on rising global consumer prices and for any clarity on the outlook for its ultra-easy policy stance.

While key decisions about ECB’s emergency stimulus are set for its December meeting, the recent jack-up in rate-hike expectations has traders looking for any clues from Thursday’s meeting.

“We think ECB President Christine Lagarde will use all her diplomatic skills to moderate the diverging views of hawks and doves within the Governing Council on Thursday” said ING analysts in a note, adding they anticipate a neutral message which “may ultimately defy some of the market’s hawkish expectations”.

At the other end of the spectrum, the Bank of Canada signalled on Wednesday it could hike interest rates as soon as April 2022 and said inflation would stay above target through much of next year, due to higher energy prices and supply bottlenecks.

The dollar fell against the Canadian dollaron the news and was last at $C1.2370.