Our website publishes news, press releases, opinion and advertorials on various financial organizations, products and services which are commissioned from various Companies, Organizations, PR agencies, Bloggers etc. These commissioned articles are commercial in nature. This is not to be considered as financial advice and should be considered only for information purposes. It does not reflect the views or opinion of our website and is not to be considered an endorsement or a recommendation. We cannot guarantee the accuracy or applicability of any information provided with respect to your individual or personal circumstances. Please seek Professional advice from a qualified professional before making any financial decisions. We link to various third-party websites, affiliate sales networks, and to our advertising partners websites. When you view or click on certain links available on our articles, our partners may compensate us for displaying the content to you or make a purchase or fill a form. This will not incur any additional charges to you. To make things simpler for you to identity or distinguish advertised or sponsored articles or links, you may consider all articles or links hosted on our site as a commercial article placement. We will not be responsible for any loss you may suffer as a result of any omission or inaccuracy on the website.
Home Headlines Atradius: Black Friday seeks to lure shoppers back to the high street
Headlines

Atradius: Black Friday seeks to lure shoppers back to the high street 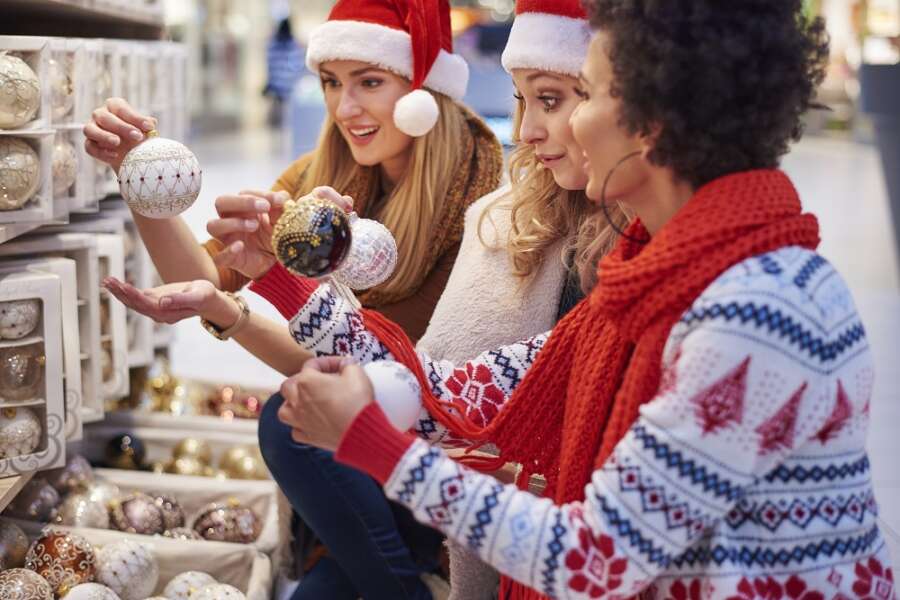 Retailers are using Black Friday as a tactic to lure shoppers back to the high street before Christmas, sector experts at trade credit insurer Atradius report.

Black Friday is hoped to kick-start the Christmas shopping season and encourage consumers to return to in-store shopping after lockdowns have driven the shift to online.

With the widespread shutdowns and restrictions in the first quarter of 2021, senior underwriters at Atradius believe the delivery of a strong Christmas performance from retailers is more important than it ever has been. The period between October and December – known as the “Golden Quarter” – usually sees retailers bringing in around 40% of their annual takings but Atradius reports the percentage is likely to be even higher this year. While Black Friday is hoped to be a catalyst for Christmas spending, Atradius reveals consumers may not bag as many bargains as they expect.

Owen Bassett, sector expert at Atradius, explained: “The prestige of Black Friday is certainly losing some of its shine. It initially started as an in-store event on a single day but was quickly rolled out online and spread over a longer period. As the pandemic converted more consumers to online shopping, even those who had previously resisted, online dominated Black Friday sales last year with astronomical growth. This year, there is a real eagerness from retailers to get people used to shopping in-store again and Black Friday is certainly an opportunity to lure customers to return. While Black Friday was once new and a bit different, it’s now just one of a number of event-based promotions used to drive footfall – something that is very much needed in the challenging economic climate.

“Black Friday has traditionally been about retailers clearing stock and triggering the Christmas shopping season. However, this year retailers are operating on a leaner stock basis to preserve liquidity, especially while footfall in store has been considerably lower. It is a situation that is now being further exacerbated by the supply chain issues retailers are facing whether it’s delays in stock on the water or component shortages for consumer electronics. As they’re not necessarily carrying the in-store stock levels of previous years, retailers aren’t as incentivised to discount and therefore as a consumer you’re not as likely to get all the bargains you’ve been hoping for.”

Positively, Atradius forecasts retail will be buoyed by consumer spending this Christmas albeit the downside risk of future lockdowns and supply issues.

Mr Bassett continued: “As it stands we have few concerns about Christmas trading being weak and are cautiously optimistic. Consumer demand has held up well with many maintaining income streams. At the same time, traditional avenues for disposable income spending such as holidays, leisure and entertainment have been curtailed. We’re subsequently expecting consumers to divert this spend into having a great Christmas and we’ve already seen strength in big ticket items. Looking ahead, inflation is predicted to keep rising which may lead to an uptick in interest rates. This dynamic may drag down consumer spending trends. Add to this the widely reported issues for supply chains, such as port delays, staffing challenges and of course the risk of further lockdowns, the outlook remains volatile and uncertain.

“It’s inevitable that some retailers won’t achieve their forecast trading performance over Christmas and could very quickly find themselves facing financial difficulties. The combination of delayed insolvencies from 2020, the return of insolvencies to ‘normal’ levels as fiscal support is phased out, and the effect of GDP growth on insolvencies see Atradius currently forecast a 33% increase in insolvencies in the UK in 2022 vs 2019 and we would anticipate UK retail to perform in line with those forecasts.

“As an organisation we pride ourselves in operating an open-door policy to businesses that engage with us should there be any issues. We’ve certainly seen a willingness from retailers to do this which allows us to make the best-informed decisions and support the retail sector wherever we can.”

For more information and a suite of free economic, payment and country reports, visit the publications pages of the Atradius website https://atradius.co.uk. You can also follow @AtradiusUK on Twitter and AtradiusUK on LinkedIn.