Our website publishes news, press releases, opinion and advertorials on various financial organizations, products and services which are commissioned from various Companies, Organizations, PR agencies, Bloggers etc. These commissioned articles are commercial in nature. This is not to be considered as financial advice and should be considered only for information purposes. It does not reflect the views or opinion of our website and is not to be considered an endorsement or a recommendation. We cannot guarantee the accuracy or applicability of any information provided with respect to your individual or personal circumstances. Please seek Professional advice from a qualified professional before making any financial decisions. We link to various third-party websites, affiliate sales networks, and to our advertising partners websites. When you view or click on certain links available on our articles, our partners may compensate us for displaying the content to you or make a purchase or fill a form. This will not incur any additional charges to you. To make things simpler for you to identity or distinguish advertised or sponsored articles or links, you may consider all articles or links hosted on our site as a commercial article placement. We will not be responsible for any loss you may suffer as a result of any omission or inaccuracy on the website.
Home Business Aston Martin’s first SUV helps push up sales by more than 200%
Business 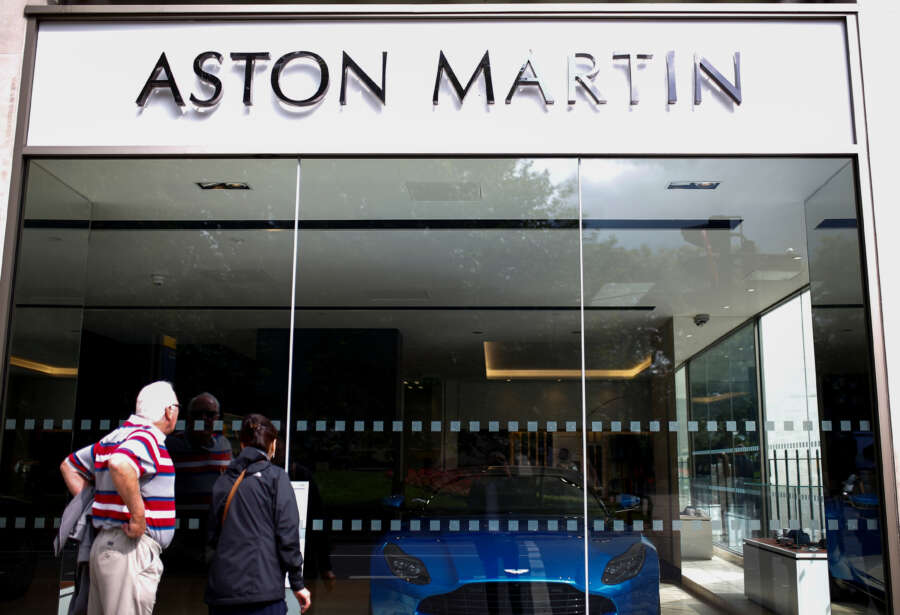 LONDON (Reuters) – Carmaker Aston Martin reported on Wednesday a 224% increase in sales to its dealers, boosted by its first sport utility vehicle, the DBX, as losses fell in the first half of the year.

The DBX 4×4, which first rolled off the production line just over a year ago, accounted for more than half of its 2,901 vehicles between January and June.

“Building on the success of DBX, our first SUV, we have since delivered two more new vehicles and with more exciting product launches to come we are well positioned for growth,” said Executive Chairman Lawrence Stroll.

Fictional agent James Bond’s car brand of choice has had a tough time since floating in 2018, as it failed to meet expectations and burnt through cash, prompting it to bring in fresh investment from billionaire Stroll last year.

The DBX entered production in July 2020 and has helped the company widen its appeal in a lucrative segment of the market which has proven profitable for its rivals.

Its pretax loss fell from 227 million pounds in the first half of 2020 to 91 million pounds ($126 million), with the company saying trading was in line with expectations as it aims for 2021 volumes of around 6,000 vehicles.