Our website publishes news, press releases, opinion and advertorials on various financial organizations, products and services which are commissioned from various Companies, Organizations, PR agencies, Bloggers etc. These commissioned articles are commercial in nature. This is not to be considered as financial advice and should be considered only for information purposes. It does not reflect the views or opinion of our website and is not to be considered an endorsement or a recommendation. We cannot guarantee the accuracy or applicability of any information provided with respect to your individual or personal circumstances. Please seek Professional advice from a qualified professional before making any financial decisions. We link to various third-party websites, affiliate sales networks, and to our advertising partners websites. When you view or click on certain links available on our articles, our partners may compensate us for displaying the content to you or make a purchase or fill a form. This will not incur any additional charges to you. To make things simpler for you to identity or distinguish advertised or sponsored articles or links, you may consider all articles or links hosted on our site as a commercial article placement. We will not be responsible for any loss you may suffer as a result of any omission or inaccuracy on the website.
Home Business Apple given fourth Dutch fine in App Store dispute
Business 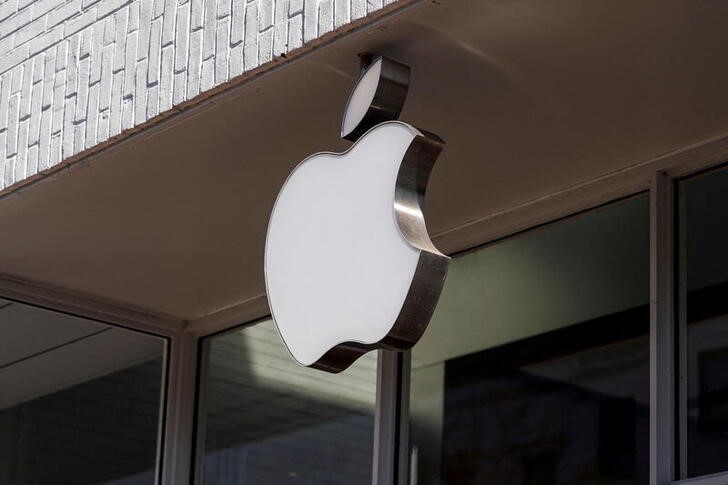 AMSTERDAM (Reuters) -The Dutch antitrust watchdog fined Apple 5 million euros ($5.7 million) again on Monday, its fourth such fine for failing to allow software application makers in the Netherlands to use non-Apple payment methods for dating apps on the App Store.

The Authority for Consumers and Markets (ACM) has been levying weekly fines of 5 million euros on Apple since the company missed a Jan. 15 deadline to make changes ordered by the watchdog.

Apple’s app-store payment policies, in particular its requirement that app developers exclusively use Apple’s payment system with commissions of up to 30%, have come under scrutiny by antitrust officials and lawmakers in several countries, most recently the United States.

Apple asserts in posts on its websites that it has complied with the ACM’s December order, which found it was abusing a dominant market position and had to change.

But the Dutch watchdog repeated on Monday that Apple had not complied, and was putting “unnecessary and unreasonable” conditions on dating app developers.

The ACM singled out a requirement that developers who want to use non-Apple payment methods must submit a new app to the App Store to do so, and then convince their customers to switch.

Apple, which says non-Apple payment methods pose a security risk, did not respond to requests for comment.

The Coalition for App Fairness (CAF), which represents developers including Tinder owner Match Group, said Apple’s strategy is to delay reforming its app store as long as possible, and to figure out the minimal amount of reform antitrust officials will accept.

“Every year of delay is another $25 billion in revenue” for Apple, said CAF representative Damien Geradin. “Wouldn’t you spend a couple of million on lawyers if you can go on for another couple of years?”

Apple on Jan. 15 said it had complied with the Dutch regulator’s decision, but the regulator responded that the company had not made changes and had only said it would.

In a Feb. 3 statement Apple had described how developers could implement alternative payment methods, but the ACM said the company had not given it enough information to assess what had changed.

Apple says it still intends to charge a 27% commission on any in-app payments it does not process, only slightly below the 30% it charges on those it does process.

An ACM spokesperson declined to comment on whether that is acceptable.

(Reporting by Bart Meijer and Toby Sterling;Editing by Barbara Lewis and David Holmes)