Our website publishes news, press releases, opinion and advertorials on various financial organizations, products and services which are commissioned from various Companies, Organizations, PR agencies, Bloggers etc. These commissioned articles are commercial in nature. This is not to be considered as financial advice and should be considered only for information purposes. It does not reflect the views or opinion of our website and is not to be considered an endorsement or a recommendation. We cannot guarantee the accuracy or applicability of any information provided with respect to your individual or personal circumstances. Please seek Professional advice from a qualified professional before making any financial decisions. We link to various third-party websites, affiliate sales networks, and to our advertising partners websites. When you view or click on certain links available on our articles, our partners may compensate us for displaying the content to you or make a purchase or fill a form. This will not incur any additional charges to you. To make things simpler for you to identity or distinguish advertised or sponsored articles or links, you may consider all articles or links hosted on our site as a commercial article placement. We will not be responsible for any loss you may suffer as a result of any omission or inaccuracy on the website.
Home Headlines Analysis-UK crisis forces ‘off kilter’ businesses to halt investment
Headlines 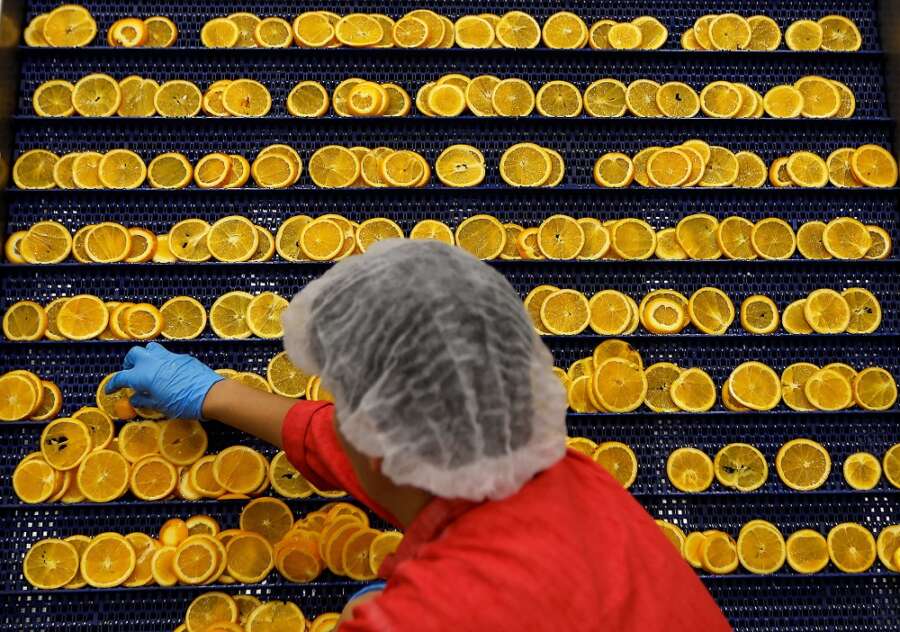 By Kate Holton and James Davey

LONDON (Reuters) – British company owners are pulling investments as a crisis triggered in Westminster pushes up borrowing costs and hits confidence in an economy once seen by businesses as a haven of stability.

Companies have struggled to navigate a fractious political landscape ever since Britain voted to leave the European Union without a plan. But the fallout from Prime Minister Liz Truss’s now-abandoned mini-budget has taken that to another level.

In the last month, business leaders have had to contend with radical changes to tax, a collapse in the pound and a surge in borrowing costs that forced the appointment of a new finance minister to reverse the tax cuts and slash spending instead.

A two-year scheme to help homes and businesses with high energy costs has been cut to six months to save money.

“It’s been absolutely ridiculous,” Nimisha Raja told Reuters at her factory producing air dried citrus fruit, vegetables and ingredients. “I have no idea what they’re talking about half the time.”

Raja sold her home and a coffee shop to start Nim’s Fruit Crisps, based in Kent, south east England, over seven years ago.

When post-Brexit bureaucracy made the cost of selling to Europe prohibitive, she developed new products for Britain such as citrus slices for gin and vodka drinks. Confronted with a pandemic, she supplied ingredients for subscription boxes.

But with interest rates rising she is unwilling to borrow again. A survey of top finance directors by Deloitte shows she is not alone – 56% now view credit as expensive, forcing them to adopt defensive strategies of cutting costs and managing cash.

“If we borrowed a lot of money, we may not be able to pay it back. It’s far too risky at the moment,” said Raja, who employs 22 people and had planned to increase that to 30 over the next 18 months.

“The mini-budget completely knocked us off kilter because it was supposed to be all about growth, and it was anything but.”

FROM ONE DISASTER TO THE NEXT

In central England, Gary Seale is also wondering which way to turn at his Idry business that produces air dryers for the care industry.

Truss’s promise of tax cuts and deregulation initially led to a surge in international orders after the pound plunged. “We’re thinking this is fantastic, here we go,” he said.

But when he looked to see if he could combine that income with a 10-year loan to finally launch a new version of his product in Britain, he found borrowing costs had leapt.

“We just seem to crash from one economic or political disaster into the next,” Seale said.

The response was brutal: the pound slumped, government borrowing costs surged, lenders pulled mortgage deals and the Bank of England had to intervene to stop some pension funds from going under.

Truss initially said the market turmoil was linked to international events, before reversing course. That followed earlier U-turns by Truss and her predecessor Boris Johnson on issues such as tackling obesity and windfall taxes.

John Allan, chairman of Britain’s biggest supermarket Tesco, expressed his frustration in June when he said companies planned years ahead: “Unlike the government, you know, whose view is that having an idea and sticking with it for more than a week constitutes real achievement.”

Chief executives and chairmen told Reuters that the impact would be felt for years. While Truss had touted low corporation tax as a way to attract business investment, the executives said they wanted stability.

“The major factor is does the investment make sense?” advertising boss Martin Sorrell said. “And if you’ve got uncertainty to the degree that you’ve got at the moment, it doesn’t.”

One executive at a U.S. tech company told Reuters at the recent conference of Truss’s Conservative Party that corporation tax was a “rounding error” for his global business, and that issues like visas were a bigger driver of investment decisions.

The Institute of Directors trade group said it had not called for corporation tax cuts either.

Sorrell, who built WPP into the world’s biggest advertising company before creating S4 Capital, said the crisis had come at the worst possible time, just as companies planned budgets.

“If you’re running a global business, your centres of attention move to those areas of the world where you think there is greater certainty,” he told Reuters.

One retail boss who asked not to be named said companies would now plan cautiously. He described a general sense of disbelief that a country known for having “fiscal responsibility to the core” had gone so awry.

British business investment, which flatlined after the 2016 Brexit vote and then fell sharply during the pandemic, was 6% lower in the second quarter of this year than its level of six years ago, in stark contrast to international peers.

That will weigh on the broader economy, which looks set to tip into recession as energy and food prices rise.

“Uncertainty is at its maximum and there’s lots of volatility ahead,” Stuart Machin, head of major retailer Marks & Spencer, told investors last week.

“It’s an everything crisis.”

Factbox-Strikes, protests in Europe over cost of living and pay