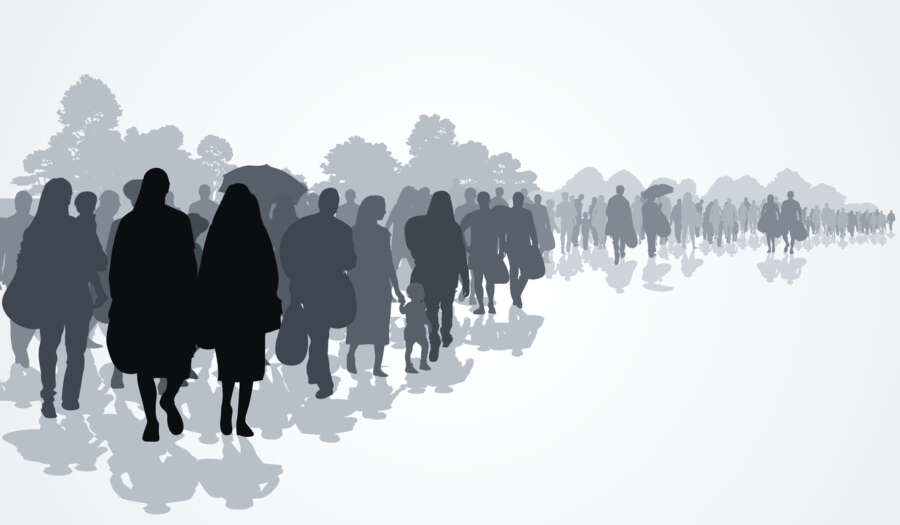 In 1945, millions of refugees were displaced westward to Germany, which was divided into four zones occupied by France, the US, the UK, and the Soviet Union. However, refugee acceptance differed: the French zone restricted access. This led to a much higher population density in the US zone of the modern Baden-Württemberg region, divided between the US and France until 1949.

Ciccone and Nimczik compared the economic development in towns close to the former border between the French and US occupation zones in modern Baden-Württemberg. Their results show that, as of 2020, population density is still greater on the former US side, around 25 percentage points than the former French side. Towns on the former US side also experience higher income per capita, productivity, and wages alongside higher rents. In contrast, they found no differences between both sides prior to the arrival of the refugees.

Ciccone and Nimczik estimate that the arrival of refugees on the US side of the border raised income per capita by around 13% and hourly wages by around 10%.

“Today, wars, civil conflicts, economic collapse, and climate change continue to cause massive refugee movements. Naturally, humanitarian considerations must be the main motivation of the measures taken in support of refugees. However, economic costs and benefits always have played a role also. The public debate generally focuses on the short- and medium-term; the longer-term, economic benefits are often neglected. The case of WWII refugees in Germany shows that for receiving countries such benefits, in the form of higher income per capita and wages, can be considerable.”