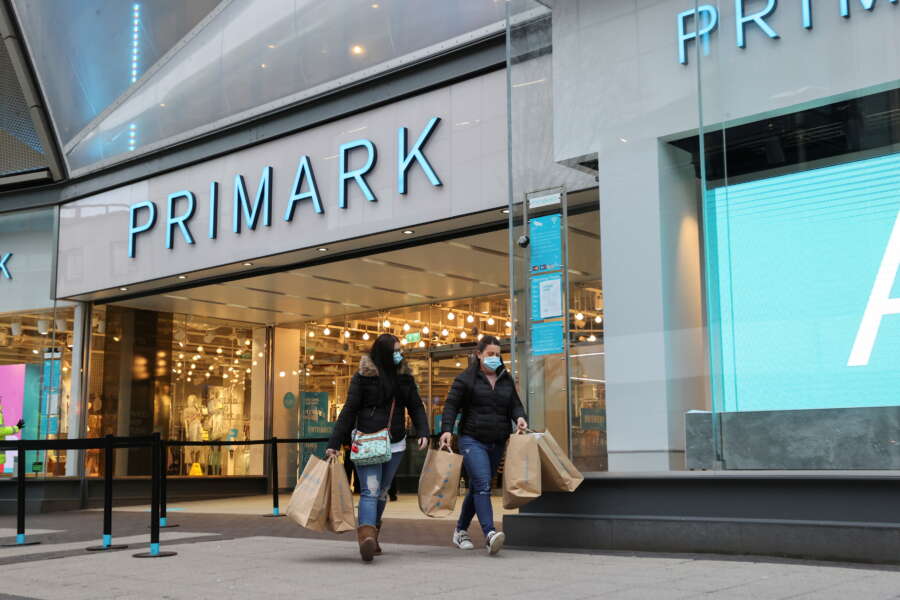 LONDON (Reuters) -Associated British Foods said on Friday trading to date at its Primark fashion business had been ahead of expectations in its new financial year, with improved like-for-like sales compared to the fourth quarter of its last year.

It said Primark, which trades from 400 stores in Europe and the United States but does not have an online operation, was managing disruption in its supply chain by prioritising products most in demand with the support of its logistics providers.

As a result Primark has stock cover on the vast majority of lines for the important Christmas trading period.

The group noted the incidence of COVID-19 cases is increasing and the public health measures taken to date in Primark’s markets are mainly restrictions in trading hours in the Netherlands, the requirement for vaccine passes in Germany and the closure of five stores in Austria.

Primark’s margin in the year to date had also been ahead of expectations.

“Looking ahead we currently expect Primark sales to be significantly better than sales in the comparable period in the last financial year, from December 2020 to April 2021, when the estate was largely closed,” the group said in a statement ahead of its annual shareholders’ meeting.

AB Foods also owns major sugar, grocery, ingredients and agricultural operations, which it said had traded in line with expectations so far in the new year.

It said it continued to expect “significant progress” at both the half and full year, in adjusted operating profit and adjusted earnings per share.

June 1, 2022
Editorial & Advertiser disclosureEditorial & Advertiser disclosureOur website provides you with information, news, press releases, Opinion and advertorials on various financial products and services. This is not to be considered as financial advice and should be considered only for information purposes. We cannot guarantee the accuracy or applicability of any information provided with respect to your individual or personal circumstances. Please seek Professional advice from a qualified professional before making any financial decisions. We link to various third party websites, affiliate sales networks, and may link to our advertising partners websites. Though we are tied up with various advertising and affiliate networks, this does not affect our analysis or opinion. When you view or click on certain links available on our articles, our partners may compensate us for displaying the content to you, or make a purchase or fill a form. This will not incur any additional charges to you. To make things simpler for you to identity or distinguish sponsored articles or links, you may consider all articles or links hosted on our site as a partner endorsed link.